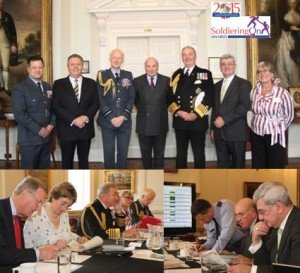 We were extremely honoured that General the Lord Dannett along with the other distinguished panel members took part in this important process to select the 2015 Soldiering On Award Winners who were nominated on behalf of military charities to recognise the whole Armed Forces Community.

The 2015 Soldiering On Awards Selection panel was as follows: