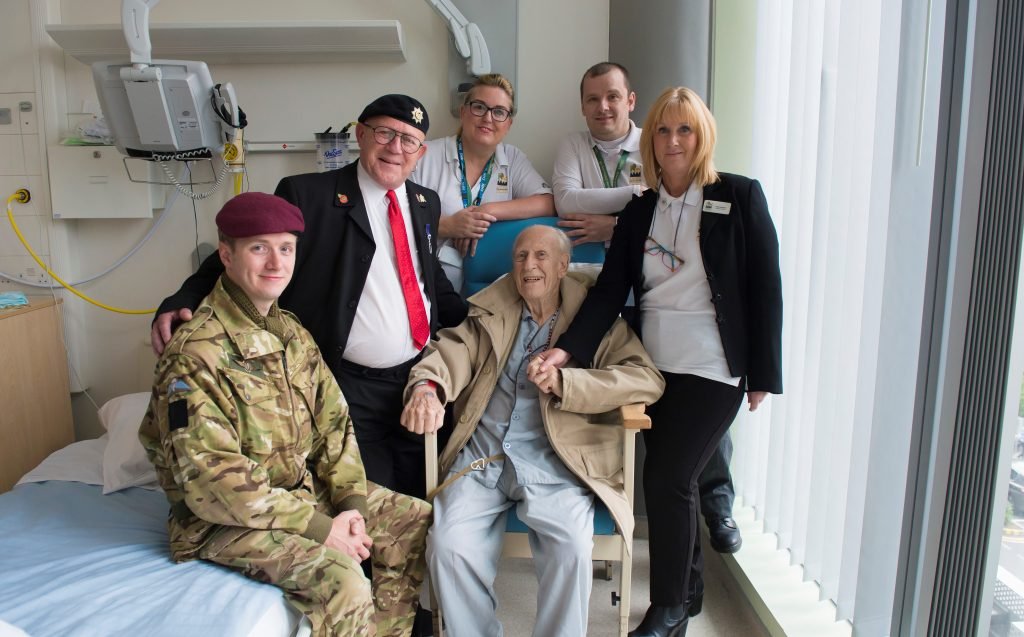 Since 1943 the Defence Medical Welfare Service has been supporting the recovery and rehabilitation of sick and injured members of the Armed Forces Community at a time of critical need. This exceptional skill and commitment to providing welfare support has seen it delivered to over 1,000,000 patients and their families during that time. It has been provided internationally on deployment within Field Hospitals, civilian hospitals in Germany and Cyprus, the Defence Medical Rehabilitation Centre, Headley Court, Recovery Centres and the Battleback Centre; and currently in 49 NHS hospitals in the UK.

DMWS welfare officers act as ‘health care’ navigators, being there to provide everything from an impartial “Listening Ear”, arranging emergency accommodation for family members, to supporting the bereaved and terminally ill.

Their commitment to supporting our Armed Forces community through injury, illness, rehabilitation and recovery is embedded in the DNA of the organisation and its people to ensure that no one who has served their country should go through the worry of medical care alone. 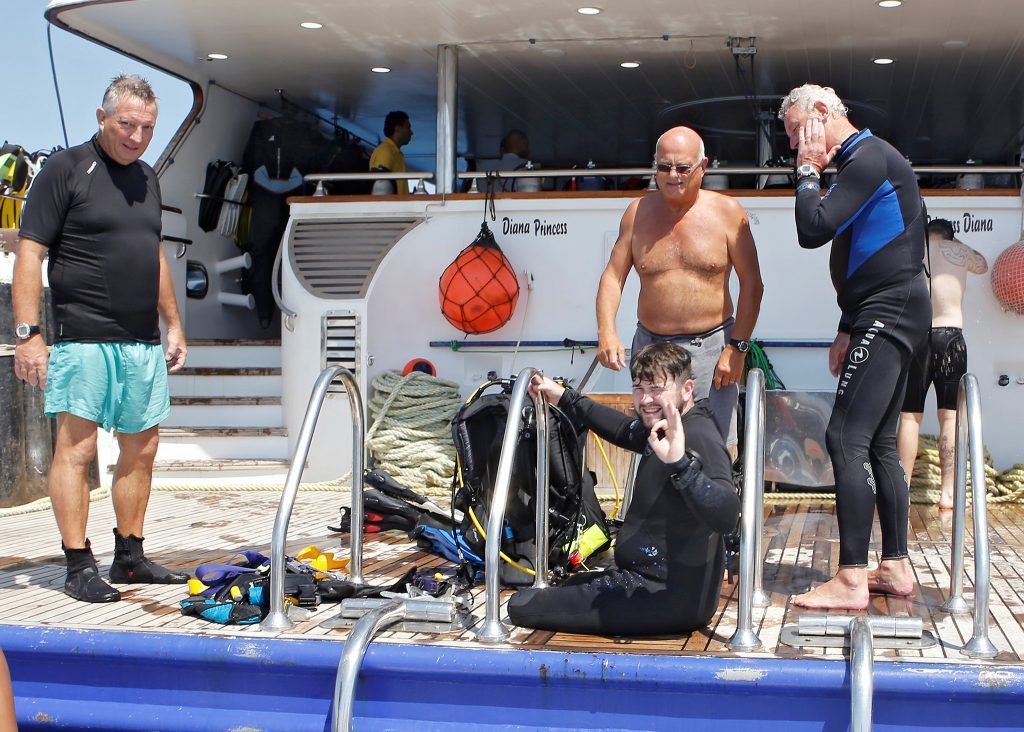 The aim is through adaptive teaching to qualify programme members as PADI divers and to encourage them to progress their diving with several now seeking to become PADI professionals.

All instructors and the support team are Mental Health First Aid for the Armed Services’ Community trained and the charity runs a highly effective Buddy Peer Support programme.

In the broader diving world Deptherapy is seen as a world leader in adaptive teaching and the charity’s advice is much sought after.

Dr Aamer Khan: Back On Track 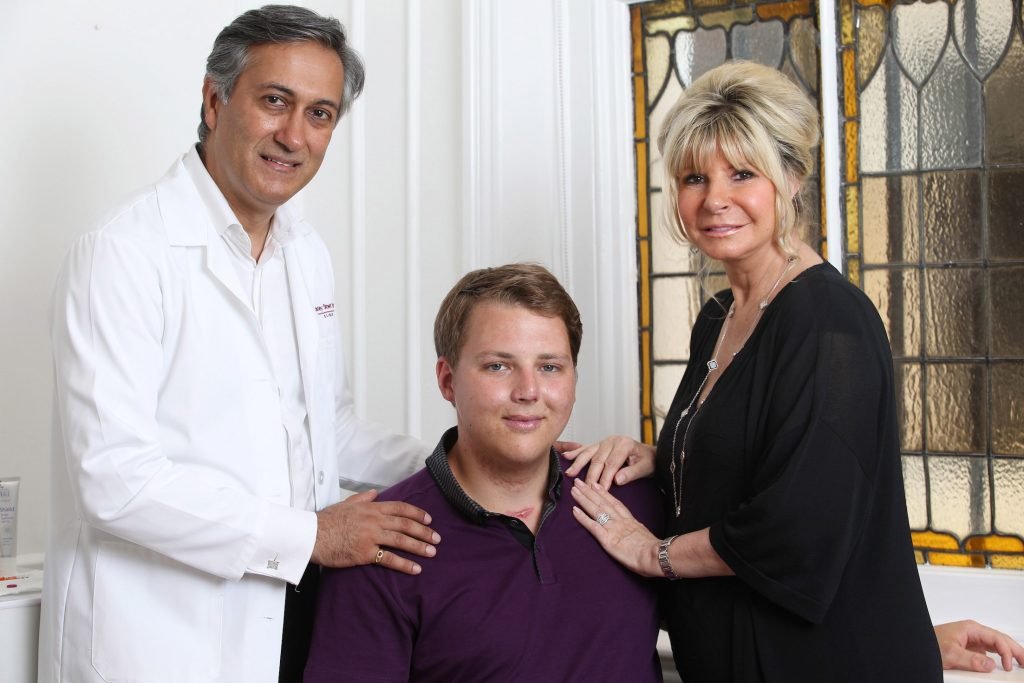 Dr Khan of the Harley Street Skin Clinic had been quietly working with service men and women providing medical treatment in the field of skin injuries since 2012, to help them regain confidence in facing the world, out of the goodness of his heart. This started after meeting and treating a double amputee for scar treatment following an IED blast.

Dr Khan treats injured veterans for scars/burns or anything cosmetic when this sort of treatment is not available to them on the NHS. He gives injured veterans the chance to have top of the range treatments in a world-class facility at no cost to them or their families.

Dr Khan became so in demand from veterans that he realised he needed to form a charity and get more doctors on board to support veterans. In 2014 Back On Track was formed in support of Doctor Khan’s work. The Harley Street Skin Clinic’s impressive clientele take on the challenge of kart racing veterans to raise funds for the work and also build the confidence of those recovering from their injuries through taking part in a fun racing challenge! Back On Track was granted Charitable status in 2016.

Dr Khan’s passion goes above and beyond getting servicemen and women treatment, and has filled a gap that needed filling, whilst also helping re-build confidence through the Back On Track kart racing and fundraising activities. 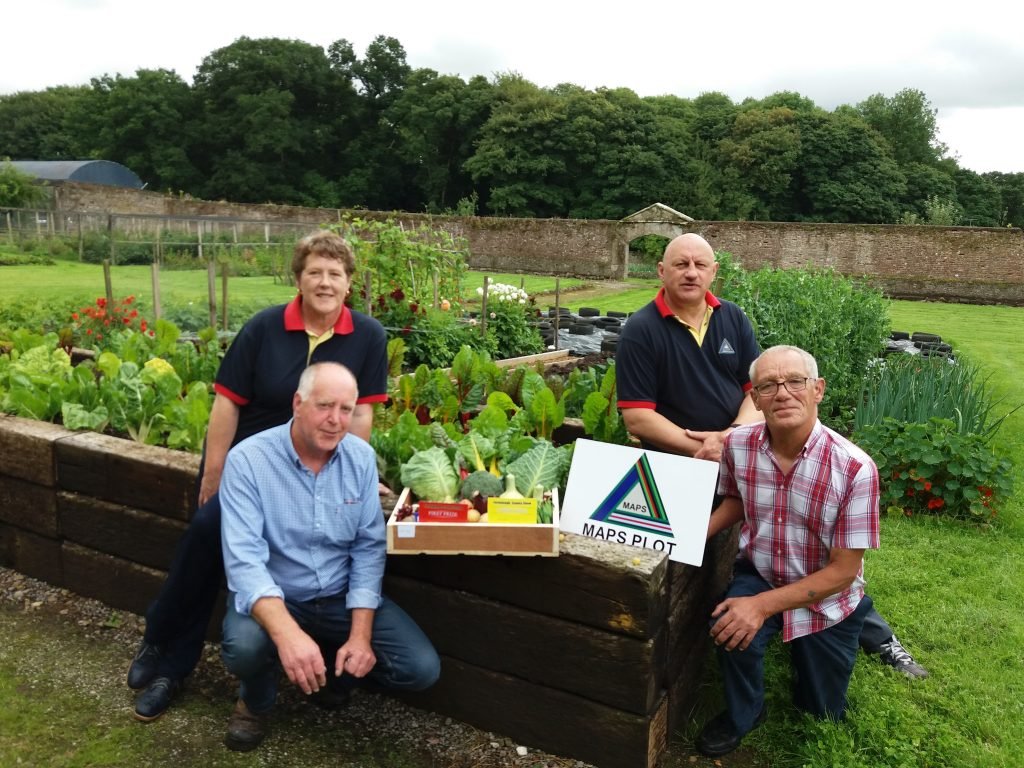 Military and Police Support of West Tyrone (MAPS) is a volunteer-led charity providing support services to former personnel of the Army, primarily the Ulster Defence Regiment, and to a lesser extent, to former Police officers who volunteered to serve their country during the ‘Troubles’ between the late-1960s and mid-1990s.

An often forgotten group of brave individuals who, despite significant personal risk to themselves, helped frustrate the terrorist campaign that brought such mayhem and misery to Northern Ireland for nearly 30 years.

Established in 2012, MAPS developed a model which enables Veterans to find the support they need.

The provision of the services is entirely dependent upon the cadre of 22 volunteers, whose support is greatly appreciated by the beneficiaries (currently numbering 755), and their families. The value of this work is recognised by the Victims and Survivors Service, the source of most core funding for MAPS. Additional funds are raised though donations, raffles and other local fund-raising events. MAPS works in partnership with other military charities such as Combat Stress.

The dedication, vital support and hard work of MAPS volunteers has been recognised with a Queen’s Award for Voluntary Service.