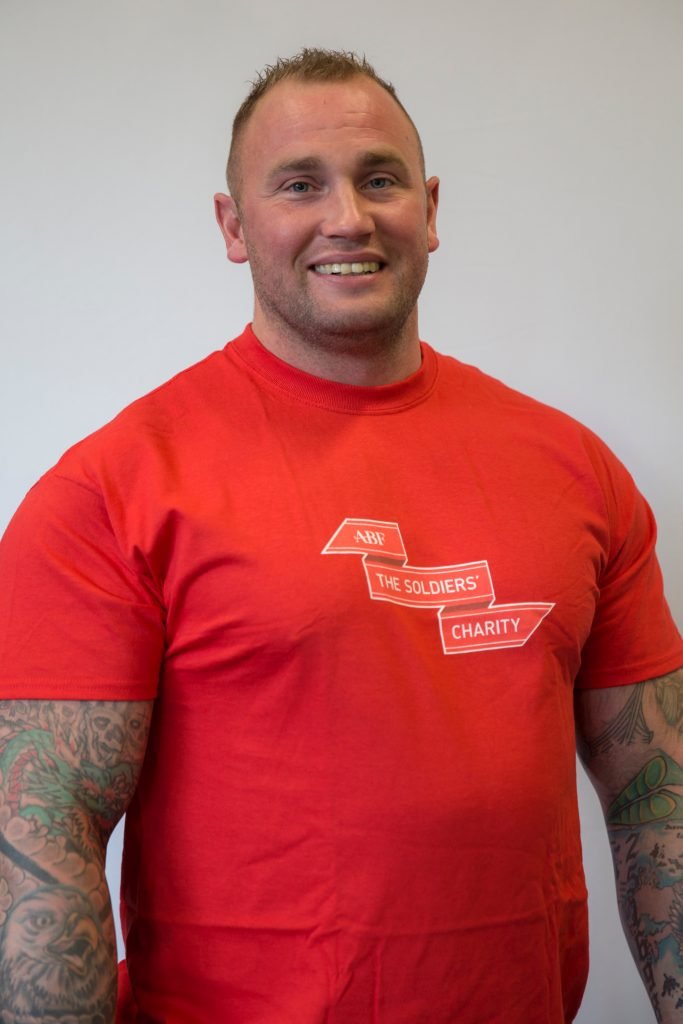 A former Lance Sergeant in the Queen’s Company of the Grenadier Guards, Mark joined the Army aged 18 and undertook operational tours in Bosnia, Iraq and Afghanistan.

As Mark was preparing for his second tour of Afghanistan in 2011, he was injured during a live firing exercise in Canada. A freak shooting accident saw machine gun fire tear through a building and hit Mark in the upper right thigh and front of his right shoulder.
He spent two years at Headley Court and, on his last day, was able to run 400m on a track. Since his injury, he has had 26 operations and many months of rehabilitation to both his leg and shoulder. The extent of his injuries led to him being medically discharged in 2013.
After qualifying as a Personal Trainer, Mark went on to run his own business. He then took his love for fitness a step further and, after initially training as a bodybuilder, went in to full-time training for Disabled Strongman competitions.

Mark now holds the title of Britain’s Strongest Disabled Man for 2016 and 2017, having retained his title in May 2017. He was also invited to take part in ‘The Arnolds’ – a prestigious strongman competition in Ohio, America, created by Arnold Schwarzenegger – and fought off 11 other competitors to be crowned the winner. 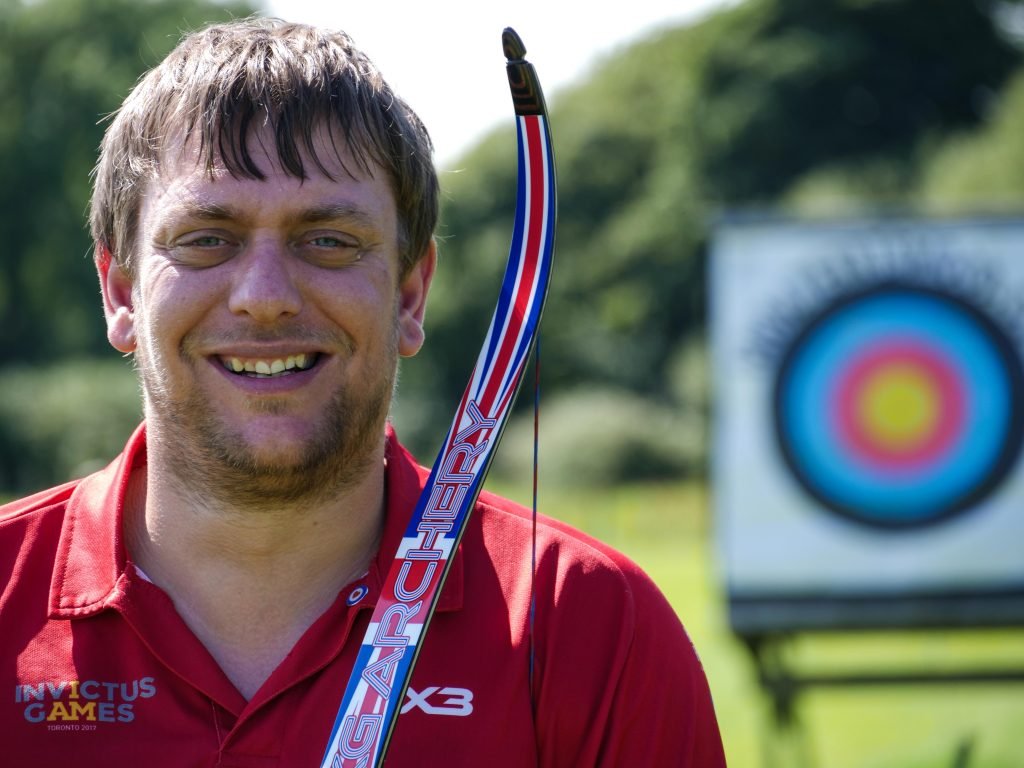 Matt joined the RAF in 2001 as a driver and was medically discharged three years later, suffering from PTSD. He had been deployed to Iraq in 2003 as part of Op Telic 1. His role as driver loading the injured servicemen and women onto military aircraft for repatriation took its toll and he was eventually medically evacuated himself.

Coming to terms with his experiences has been a long process for Matt but, thanks to a chance remark from a friend who suggested Matt try out a new sport, his recovery has taken a new, positive turn.

Being selected for the Invictus Games UK squad was a highpoint which has only been eclipsed by winning gold at his first international competition.
Archery has given Matt renewed self-worth and self-confidence and a new focus in his life. For him, the simple act of drawing the bow allows him to shut out the rest of the world, the noise and the clamor and to concentrate his mind on hitting the target. This mindfulness and awareness has enabled Matt to take new steps in his recovery.

From despair to the glory of gold, Matt is a shining example of the restorative impact sport can have. 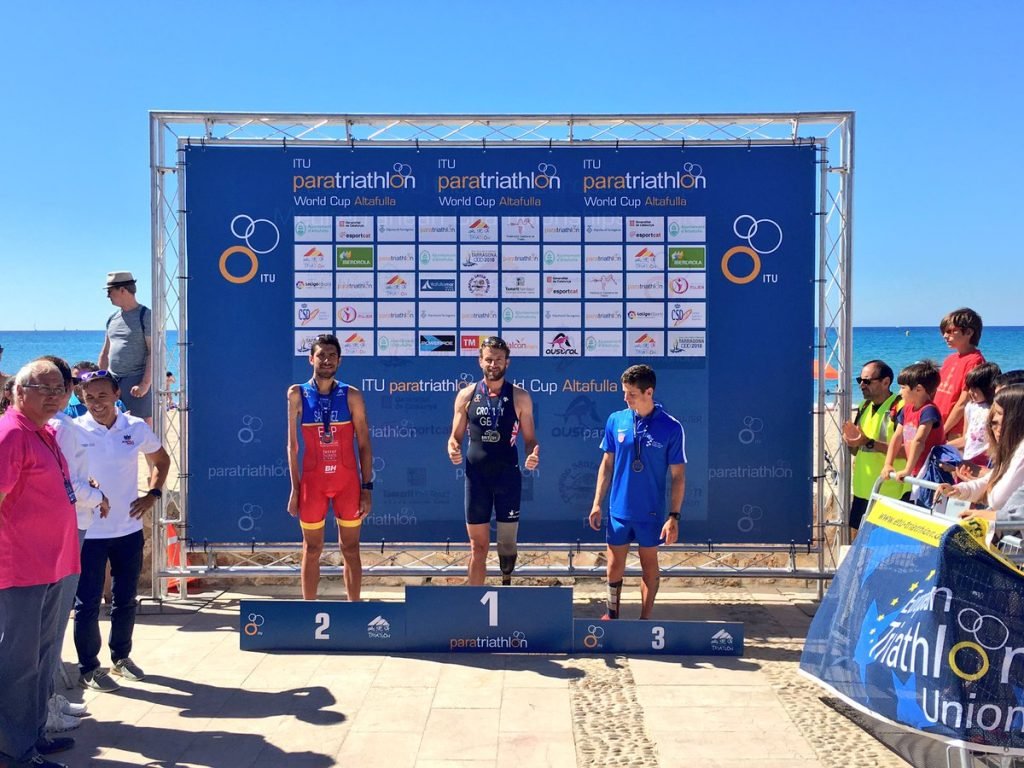 Former Welsh Guardsman Steve Crowley was 33 years old when he lost one of his legs in an IED explosion in Iraq in 2010.

In the years that followed, running became Steve’s rehabilitation and he set himself goals to help move his recovery forward. Soon enough a 10k running target became running half Marathons, which grew into conquering Marathons. After completing the Exmoor Ironman challenge, the single leg amputee wanted to up his game further, and joined the GB Triathlon team.

Prior to the Rio Paralympics, which resulted in competing classifications altering to ensure a more level playing field for para-athletes, Steve had won one Silver medal at the Duathlon European Championships and a Bronze medal in the Para-triathlon National Championships.

Since the alterations, Steve has won his first Gold at the World Para-triathlon Cup Race in July 2017 and amazingly, despite being out for 7 weeks due to injury, Steve pushed hard and won Silver at the ITU World Triathlon Championships in September. Steve now has a further Gold medal and two more Silvers under his belt.

His goal is to represent his country again at the Paralympic Games in Tokyo 2020.