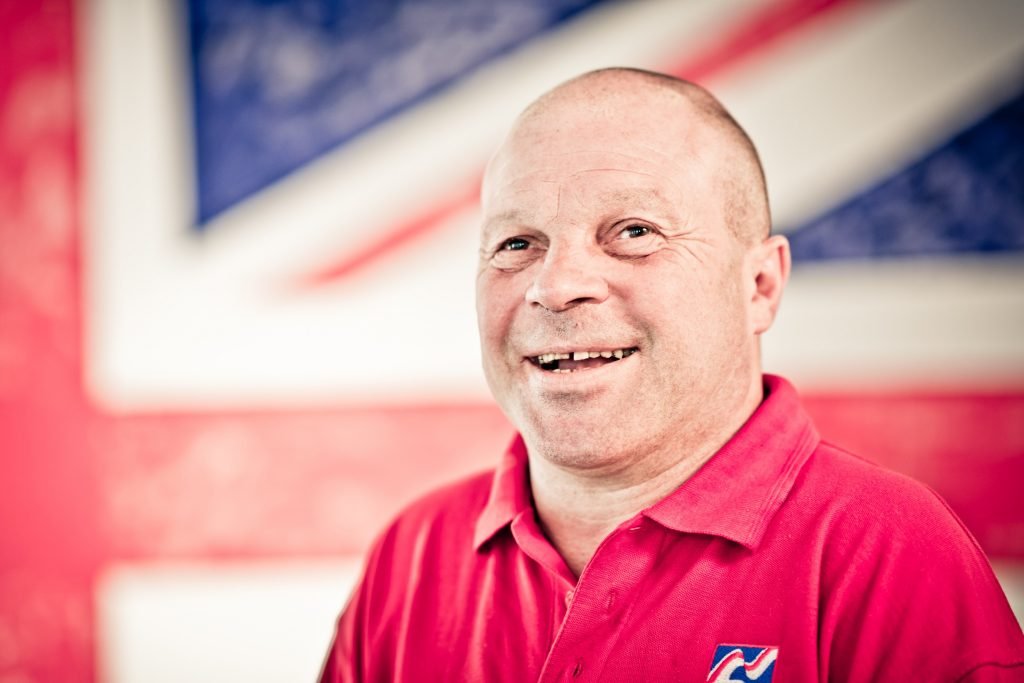 Billy is blind, he lost his vision suddenly when serving in Bosnia. He was discharged from the Army and as a result lost his career, his home, his hope and everything he thought he would be, a quality Soldier, a loving husband, a brilliant Dad.

He came with his Family to Blind Veterans UK in 2000 this is when his battle against sight loss began and he started to become the person we see today.

Initially Billy threw himself into whatever he could to give something back to the organisation that quite literally saved his life. Billy succeeded in obtaining the land speed record on a motorbike. He went skiing, rode horses, ran marathons, but sadly was unable to walk down the street or to achieve day to day activities without support.

In 2011 he applied for a post with Blind Veterans UK at the charity’s training and rehabilitation centre in Llandudno where he successfully joined the Rehabilitation Team. His ability to mentor and motivate people is magical, he always makes people smile and offers kind words and advice. He inspires people to try or step out of their comfort zone.

Billy was recently awarded the charity’s highest honour to acknowledge the effort and hard work he has undertaken to get where he is today. However, Billy does not do things for reward, he does them to encourage others and to show everyone out there what the organisation has been able to do for him. 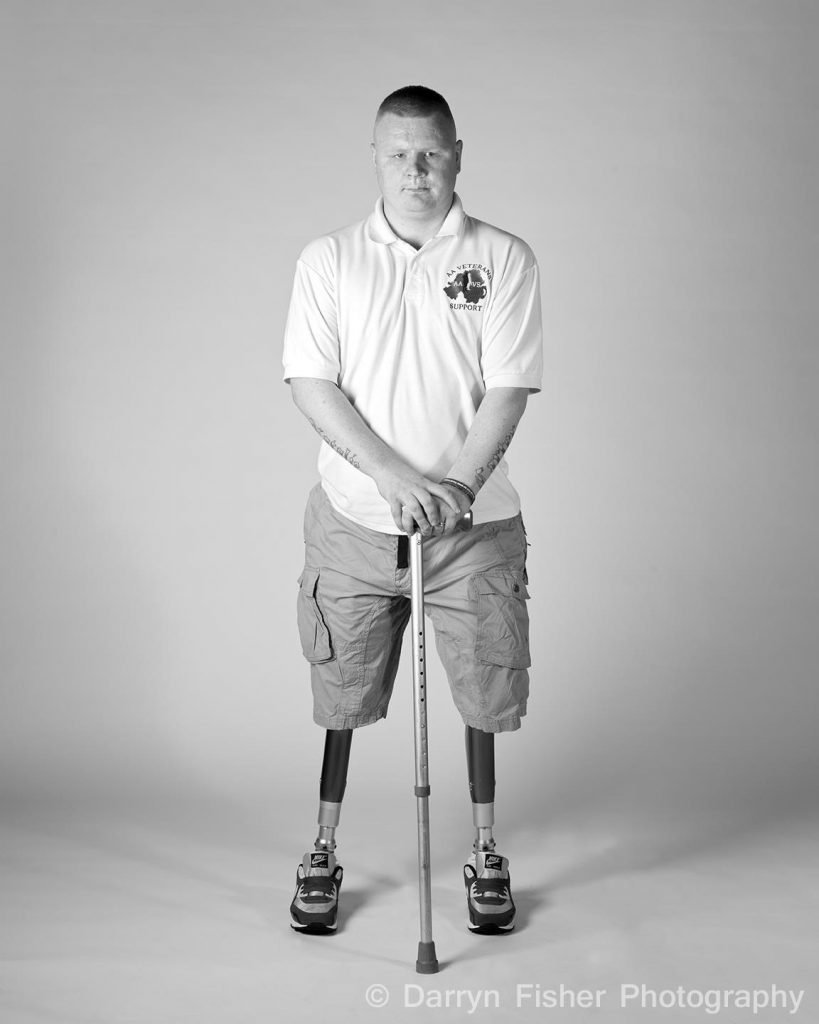 Andy joined the Armed Forces in March 2006, serving in Afghanistan where he was horrifically injured by an (I.E.D), which resulting in him losing both his legs above the knee and being left visually impaired. Despite suffering life changing injures, Andy has overcome his adversity and shown a determination to help and be a role model for others.

With the help and assistance of a number of fellow former service personnel they established AA Veterans’ Support in 2010 to help support those who serve or have severed and their families in N.I.

Andy has also supported and raised thousands for various other good causes such as Blind Veterans UK who is a member of.

In 2014, Andy entered politics to work and deliver Northern Ireland. Whether it be through his Charity work or being an MLA Andy has displayed a selfless attitude and always strived to help others. 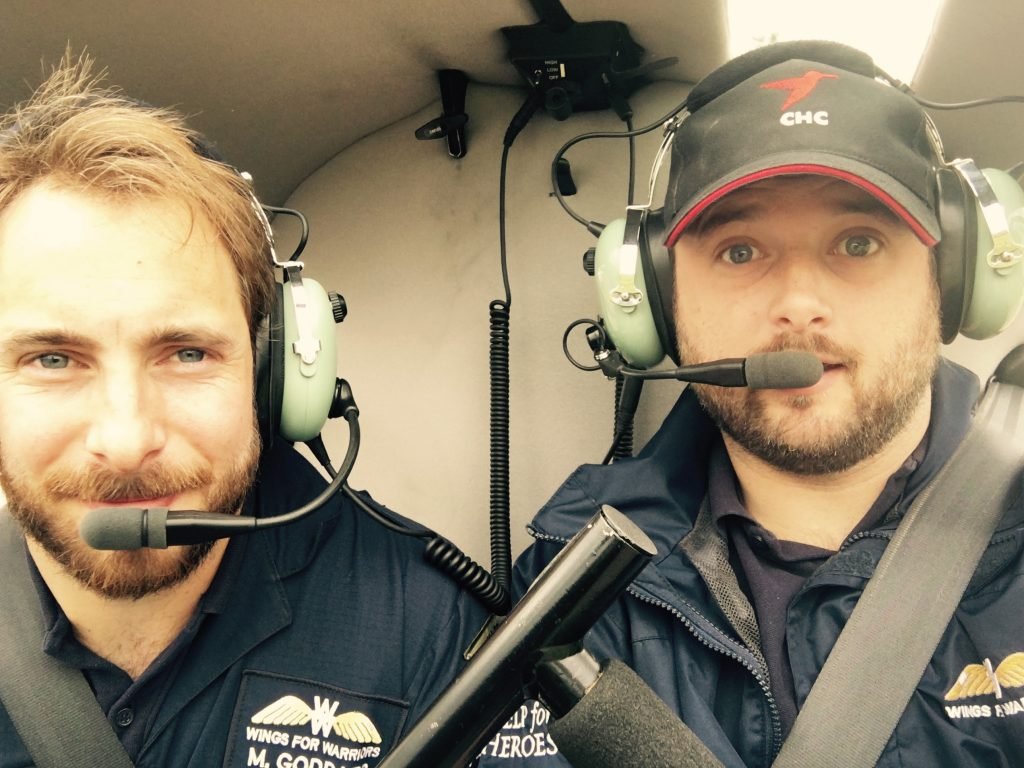 Wings for Warriors is a charity, which offers brighter futures for members of the Armed Forces injured or wounded during service.

In 2011, when a businessman and a wounded Royal Marine (Billy) were sat next to each other on a commercial flight, a life changing converation took place. Billy had lost his leg after being shot multiple times during operations in Afghanistan. He had spent several weeks in a coma and the hardest part had been the impact this had on his wife and young family. The businessman sat in awe of this story of bravery and selflessness.

Billy’s dream had always been to fly helicopters, but he knew it was impossible now that he was ‘disabled’.

The businessman’s son (Mark Radcliffe – Pictured on the right) was a helicopter flight instructor and offered Billy a trial helicopter lesson and despite having a prosthetic leg Billy had exceptional potential and it seemed veterans’ tenacity, detail and coolness under pressure made them excellent candidates for flight training.

There had to be a way, Mark thought to enable Billy to continue pursuing his dream. Together, they got the funding necessary for Billy to continuehis commercial helicopter pilot training, partially thanks to a generous grant from Billy’s unit association. This was the first, flight of what would become ‘Wings for Warriors’, a stand-alone charity aimed at helping veterans like Billy achieve careers as professional aviators. The charity inspires veterans to move on, equipping them with the wherewithal to support their families 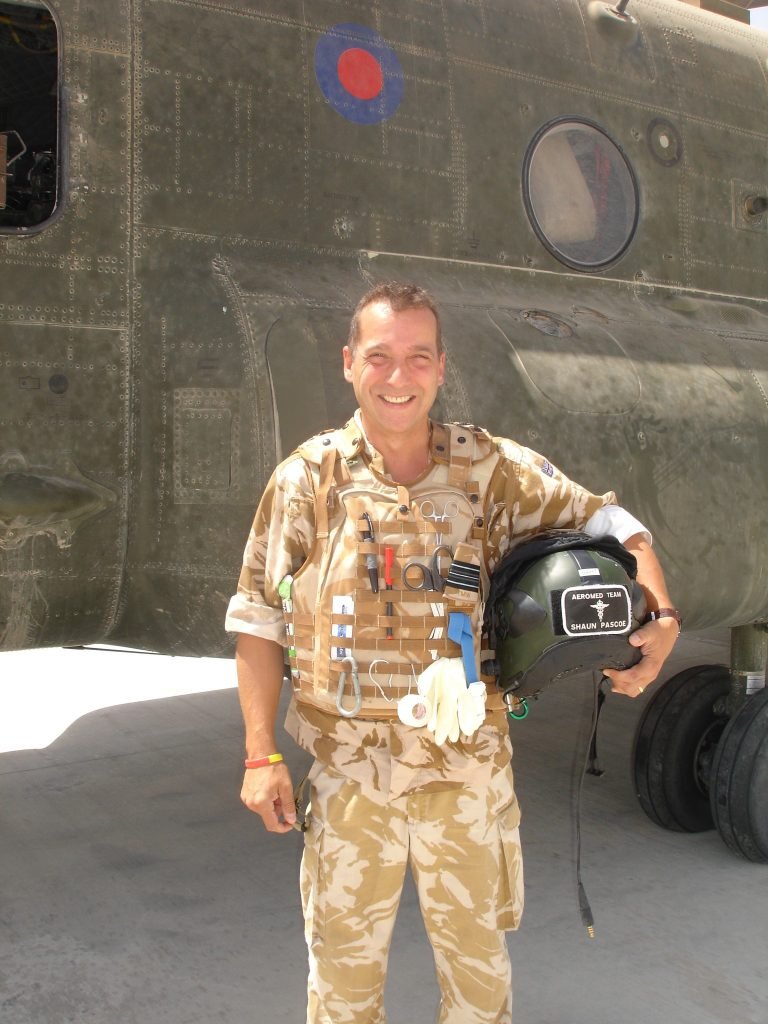 He was Commander a Medical Emergency Response Team (MERT) using Chinook helicopters to retrieve those from the front line who were significantly injured and often under heavy enemy fire.

The high-intensity nature of this work meant the transition on coming home became an increasing challenge and he found it difficult adjusting to ‘normal’ life.

A keen sailor, he had noticed the calming effects of the sea and in 2012 decided to set up a charity to help other Service personnel in similar situations.

Based at Falmouth in Cornwall, Shaun’s charity Turn to Starboard has a national remit to work with veterans who have been affected by military operations, helping to get them back on track with their lives. The not-for-profit organisation runs several different programmes, from Royal Yachting Association-accredited courses to week-long family sailing trips.

Through his undoubted strength of character, determination, and his engaging personality he has built a solid foundation for Turn to Starboard, and has provided sailing opportunities to more than 1000 beneficiaries and their families.

For his enduring devotion towards putting others’ needs above his own, I believe Shaun deserves lasting recognition and wholeheartedly support his nomination for an Inspiration Award. 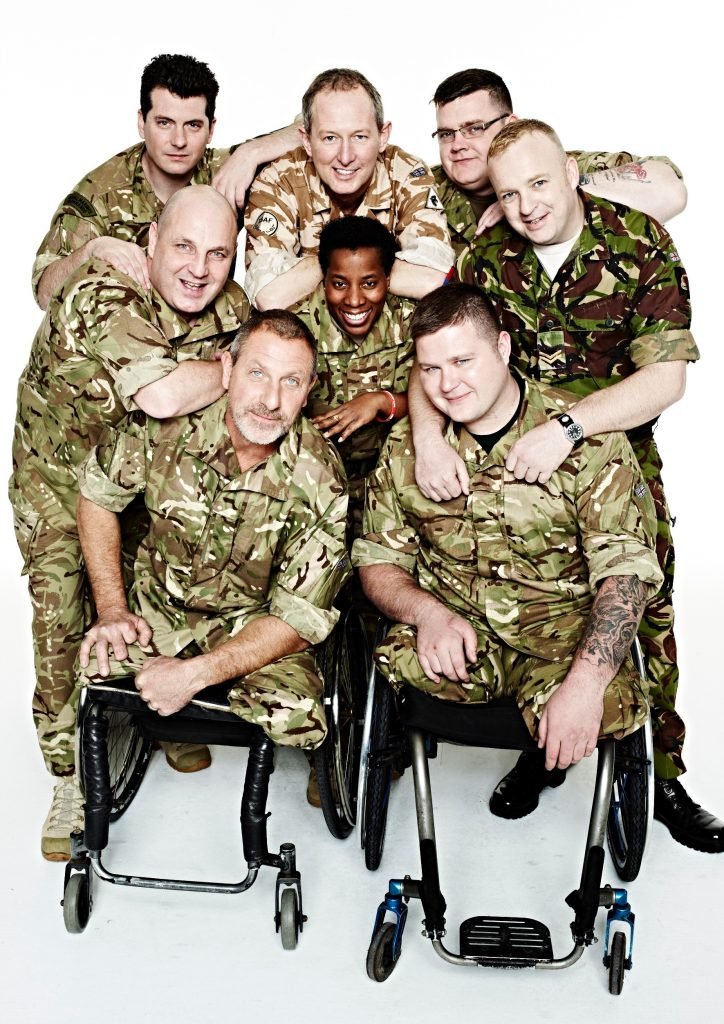 The Soldiers’ Arts Academy CIC is a platform for serving and ex service personnel who have been injured mentally and/or physically during their time in service to access the arts.

It runs inspirational programmes in all areas of the arts including theatre, poetry, dance, music, and creative writing to teach new skills, and to develop confidence and self-esteem. This in turn provides a path into the local community and into work.

Sessions are run weekly by trained industry professionals and teams of soldiers are invited to take their new skills into schools and to run workshops in Shakespeare, poetry and drama alongside inspirational talks.

As part of a suite of recent dramatic productions, the SAA’s performing company star in drama ‘Soldier On’ (written by Jonathan Lewis) which received its first rehearsed readings in Bloomsbury to the packed audiences this summer.

A fundraiser for Soldier On – with the intention of putting it on in London’s West End in 2018 – takes place on 15 November.

Taking part in the productions has been ‘life changing’ for some individuals who are facing their own personal battles with Post Traumatic Stress Disorder (PTSD), depression, anxiety and a variety of physical injuries sustained in combat. 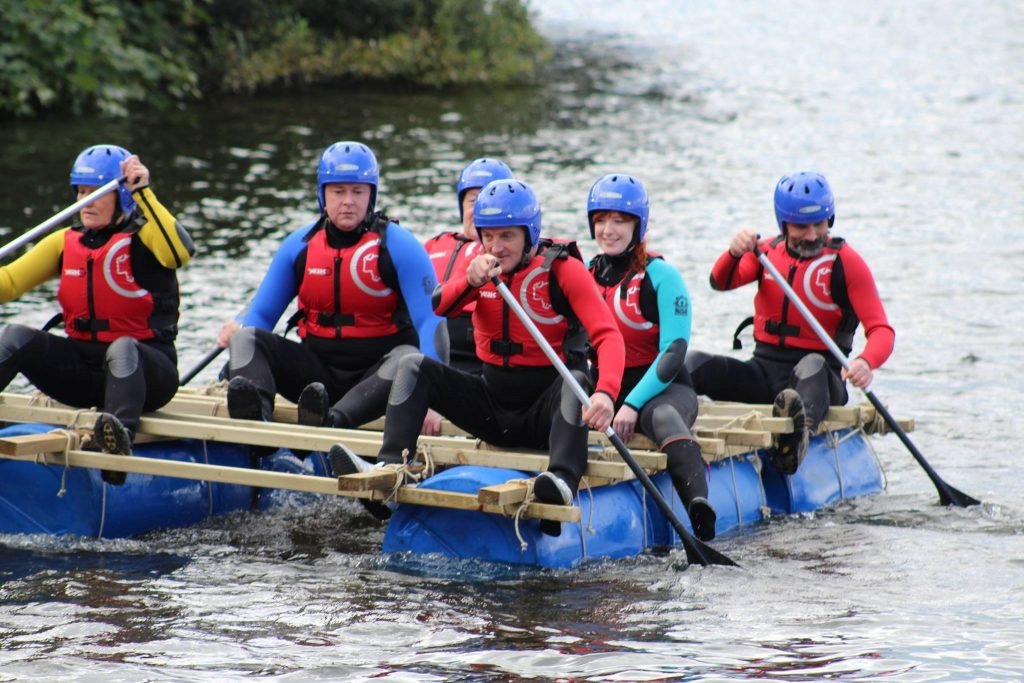 Tony Stubbs was initially referred into our service for issues associated with excessive alcohol use and ant-social behaviour. Our assessment indicated that he had PTSD, from his military service in Northern Ireland.

We had access to his military records and confirmed that he had been exposed to a variety of intense military situation, including the death of his pregnant wife, in a car bomb explosion. It was after this that Tony’s life spiralled out of control, relying on alcohol, violence and a love of weapons to cope with the symptoms associated with PTSD. He lost contact with his family and had few friends.

It took Tony over a year to overcome his alcohol addiction and the effects of years of abuse on his body. Tony has on-going liver problems, requiring various medications and he will need a new liver.

Tony now works with me; he tells his story and helps veterans with alcohol addiction and anti-social behaviour. Without him I would have struggled to engage with some of the veterans in my care.

I feel that Tony is inspirational; his struggle to overcome his physical ill-health, poor mental well-being and loss of his family was enormous. But, once he accepted the help, he battled on and on, he did not surrender. He continues to battle with his liver condition, but fights not for himself, but for all veterans, especially the socially excluded.