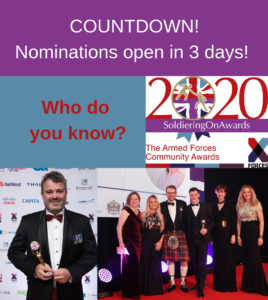 Only three days to go until nominations open for the 2020 Soldiering On Awards!

There are twelve Award categories, so the chances are that you must know someone that inspires you enough to spare a few minutes to help promote their cause.

Today let’s catch up with two of our Business of the Year Award Winners – those that won the Scale-Up and Community Impact Awards.

Our 2019 Winner of the Business of the Year Scale-Up Award was UK Connect.

UK Connect Ltd was founded by former Soldier PJ Farr to provide broadband connectivity to previously unconnected locations, such as new building sites. Realising the battlefield is better connected than some areas of the UK, he started his business with just £1000. It has undergone exceptional growth, become an industry leader, secured contracts with FTSE 100 companies and is now turning over more than £4-million.

PJ Farr has told us that, “Winning at the Soldiering On Awards is a true honour and really puts your company on a pedestal. It opens doors to new opportunities and outstanding support, I would encourage anyone to enter.”

This award was generously sponsored by the London Stock Exchange Group. Diane Coté, Chief Risk Officer, discussed some of the attributes that led to PJ’s success: “He’s a fantastic entrepreneur, he’s got all the skills sets that are required to be extremely successful and he has a great personality. He has all the fabrics of a person who is going to be extremely successful and we are very proud to be supporting him.”

Our 2019 Winner of the Business of the Year Community Impact Award was Sinah Common Honey.

When he retired from a 32 year career in the military and police force, John Geden was suffering from complex-PTSD. Struggling to find civilian employment, he decided to take his love of bee-keeping to business and Sinah Common Honey was born. John now manages 200 hives, produces two tonnes of honey and runs beekeeping courses for veterans. He’s about to launch a cosmetic product, with the proceeds going to military charities.

John Geden told us, “I was thrilled and humbled to have won the award and I still can’t quite believe that I did. The support that has been given to me and the other finalists is enormously helpful; the 3:6:12 programme initiated by XFE seeks to assist in giving me support to build my business and grow it to the next level. In addition I have been granted free membership to the FSB which comes with several key benefits that will be of great value.” 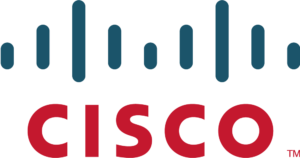 This award was generously sponsored by Cisco. Paul Garvey, Head of Government and National Security for Cisco UK & Ireland said, “It’s absolutely fantastic because they’re so passionate, and to see someone giving back, not for his own profitability or self worth, he’s doing something through need initially, and love now, giving back to the community he’s part of – it’s wonderful!”

It will be fantastic if you can help to spread the word by sharing this blog to make sure as many people as possible have the opportunity to nominate whoever they feel deserves an Award!  These tags may help you: #SOA2019 #SOA2020 #soldieringonawards #ptsd #ScaleUp @HelliwellHelen @fsb_policy @MikeCherryFSB @helpforheroes