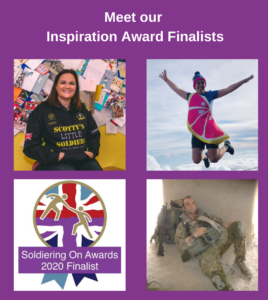 Whilst all the Finalists and every nominee for a Soldiering On Award is inspirational, this category honours the people or groups that were specifically nominated as such by the people who put them forward.  This award therefore recognises people or groups that have overcome significant challenges, injury or disability, and whose ongoing or past outstanding achievements are an inspiration to others.

The Award is generously sponsored by NatWest. NatWest serves customers in England and Wales supporting them with their personal, private and business banking needs, and supports large corporates in Western Europe. It is a safe, simple and smart bank with purpose at its heart: “We are creating lasting value when we champion the potential of those we serve. This is our purpose and our strategy.”

You can find out more about NatWest here. 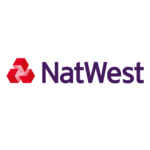 “NatWest is honoured to be supporting the 10th anniversary of the 2020 Soldiering On Awards in recognising truly inspirational people and teams, profiling the outstanding achievements of current and former service men and women, their families and all those who support the Armed Forces Community.”  Julie Baker, Head of Enterprise & Community Finance, NatWest

The Finalists for the Inspiration Award are: 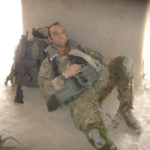 Lee Spencer is the first physically disabled person to have rowed an ocean solo. Rowing unsupported for 3,500 miles in a record-breaking 60 days, 16 hours and 6 minutes, Lee smashed the previous able-bodied world record and gained two new world records for his achievement.

A former Royal Marine who served for 24 years, Lee successfully battled the daily routine at sea despite the challenges of being a single leg amputee. Sleeping for just two hours at a time, he faced waves of up to 40 foot, endured 15-metre sperm whales swimming beneath him and was pursued by a large shark. He suffered sickness and overcame various technical issues to achieve his goal.

“By unequivocally smashing the able-bodied record for this ocean row, Lee is living proof that folk should never be defined by their injuries.”

Lee has dedicated himself to raising money for causes that support the Armed Forces community whilst perpetuating a hugely positive message about recovery from physical injury and poor mental health. He is an inspirational speaker who motivates others at charity events and in schools with tales of his adventures.

On top of Lee’s incredible three world records, he has raised tens of thousands of pounds for The Royal Marine Charity and The Endeavour Fund.

“Lee is a genuine inspiration.”

Find out more at: http://www.leespencer.co.uk/ 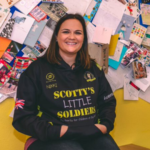 Nikki Scott was nominated in two categories, so you may recognise her from our Family Values blog.

When Nikki lost her husband in action, leaving her alone with two young children, she realised there must be many children in a similar situation who had lost a parent that had served in the Armed Forces. Inspirational Nikki was determined to make these bereaved children smile again, so in 2010, she set up Scotty’s Little Soldiers in honour of her husband Corporal Lee Scott.

The charity has three programmes. ‘Smiles’ offers the children opportunities such as holiday breaks, special experiences and gifts at difficult times of the year. The ‘Support’ programme assists with the more emotional side of bereavement and includes access to professional counselling and a family support network. And the ‘Strides’ programme helps with the charity’s beneficiaries’ personal development and includes a range of activities and educational grants.

“With your generosity and devotion, children are seeing the better side of life without their loved ones, especially around anniversaries and Christmas.”

Nikki has overcome adversity and used the experience she gained from tragedy and tough times to help hundreds of families; to date, over 400 children have benefited from her care. She remains dedicated to supporting the children of our fallen heroes and her biggest aim is to support every child in the UK who has lost a parent who served in the British Armed Forces.

“Nikki remains dedicated to supporting the children of our fallen heroes.”

Find out more at: www.scottyslittlesoldiers.co.uk

Although battling daily with her own mental illness, Sally Orange has made it her crusade to raise awareness, funds and support for her colleagues through sport and physical challenges.  She has completed 46 marathons dressed as different pieces of fruit, including 150 miles across the Sahara and a 100 mile run across a frozen lake in Mongolia. In addition, she has swum the English Channel and cycled the length of New Zealand.

Sally champions and encourages women and people with invisible illnesses to achieve greater self-belief through participation. An Invictus Games medallist and 7 x World Record holder, she was the founder of the first all-female wounded, injured and sick team to complete the 3,070 mile Race Across America, the world’s toughest cycle race.  The team completed the race in 8 days and 12 minutes – a first in the event’s 38 year history. Sally’s commitment to seeking £100,000 sponsorship was phenomenal, and her team won the ‘Spirit of RAAM Award’ for exceptional teamwork and sportsmanship.

“It is difficult to think of anyone who has given so much, across so many spheres, in support of the wounded, injured and sick members of our armed forces.”

On top of these remarkable sporting achievements, Sally has given 21 years’ service to the Army Reserve and was deployed to Afghanistan. She has inspired many patients through her work as a military physiotherapist treating wounded and injured Army Reservists returning from Iraq and Afghanistan. In addition, Sally mentors, educates and inspires a wide and eclectic audience, and she has raised £30,000 in support of numerous military charities.

“It is impossible to deny that Maj Orange is anything other than an inspiration.”

Find out more at: https://www.headstogether.org.uk/sally-orange-running-the-london-marathon-as-a-strawberry-to-change-the-conversation-on-mental-health/

Don’t forget to tag us in any social media posts that you share about any of the amazing 2020 Finalists. We’ll happily retweet and share – giving you and your organisation, if relevant, extra exposure.

To find out about the Soldiering On Awards Independent Judging Panel who had the overwhelming task of selecting this year’s Finalists, click here.