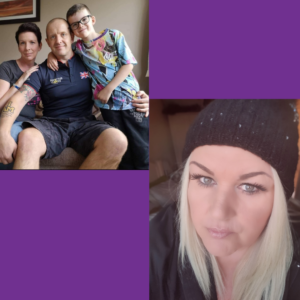 When a family member is ill, whether physically or mentally, it impacts on the whole family, particularly those closest to the person affected by the illness or injury. Yet often, the distress caused to other members of the family goes unnoticed – and therefore untreated.

Sue Hawkins and Julia Molony are the co-founders of The Ripple Pond, and were Finalists for the 2019 Soldiering On Family Values Award. They came together in the most difficult of circumstances – as mothers of seriously wounded servicemen. They found there was no support network that focused purely on the adult family members of those who’ve been injured. Sometimes those closest to the injured person don’t realise that they need help themselves too, or they feel like they’d be letting the side down or failing their loved one if they asked for help. But carers need support and The Ripple Pond is that network.

From two mothers who came together to talk about their own sons, they now have a national network, with a buddy system and online support groups. Together, they help hundreds of families with a safe and confidential environment so they no longer feel isolated by their loved one’s injuries.

Two people who have benefited from the support of The Ripple Pond have explained how the organisation has helped them through their darker hours. We’d like to extend our thanks to them and to The Ripple Pond’s Media and Marketing Coordinator Becky Crichton, for sharing these personal stories with us during Mental Health Awareness Week.

“As a spouse of a service person who has been wounded in service, there is nothing put in place to offer us help, I have had to seek help and support on my own. Suffering from anxiety which, yes, is attributable to my husband’s illness has made life difficult. The NHS refused my request for counselling. I firmly believe that when any service person is diagnosed with PTSD, the whole family should be offered help, not left to fend for themselves when they may not even know where to start. I am a Veteran myself so was pretty clued up, but that is not always the case for all. The Ripple Pond is fantastic and I can’t recommend them enough for people in my position. I am grateful daily that I made that phone call.”

“I’m Louise, I come from a military background having close family members who served in the Parachute Regiment. I became a voluntary caseworker for a Veterans’ association and regularly attended breakfast clubs. That’s where I met Lee, ex-Army, Royal Engineers. I was aware he suffered with PTSD but was unaware of how bad his drinking problem was. There were red flags early on in the relationship but I thought I could fix him somehow.

“I referred Lee for therapy and attended alcohol services with him. To no avail, it didn’t work, because he didn’t want it to, he had gotten used to using alcohol as a crutch. He didn’t drink every day but was a binge drinker. During his drinking days his behaviour towards me was vile; he was abusive, threatened me with knives, became controlling and jealous, also very paranoid. He used to use the army technique of interrogation on me. My mental health plummeted and in August 2018 I attempted suicide as it was the only way out that I could see at that time, thankfully I failed!

“After that I still stayed with him, I felt guilt if I left and his pleas of needing me made me stay. Things didn’t improve. I was vulnerable and his behaviour was what I can only call narcissistic. He had some amazing qualities too on his non drinking days, it was those days I clung to.

“In December 2018 he got that bad he was taken to a psychiatric unit for detox, on his discharge he went back to drink. It was then I felt I couldn’t stay, I feared for my sanity and my life. A good friend who knew the founders of Ripple Pond told me to make contact and get help for myself as I mattered too.

“It’s a very lonely place being a partner of an alcoholic. I’m so, so glad I took his advice as now I feel as though I have not only got the support of other ladies who understand, but I have another family. Everyone is so compassionate and non-judgemental, I feel as though I can speak without fear and start my recovery too, I feel alive again. Ripple Pond has been my Saviour. Thank you!”

You can find out more about The Ripple Pond here.