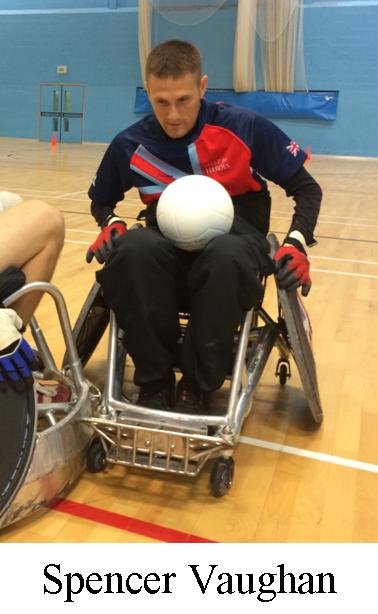 Since his life-changing accident four years ago, Royal Marine Spencer Vaughan has coped admirably in the face of adversity. He dedicates himself to helping others and is a total inspiration.

Twenty-six year old Spencer was left paralysed from the chest down after diving head first into an underwater sandbank while on a manoeuvre with 45 Commando in 2010. The impact broke his neck in three places and he stopped breathing but, thanks to quick-thinking colleagues, he was successfully resuscitated.  Metal plates were fitted to support his damaged vertebrae. Spencer spent 18 months undergoing intensive physio, hydro and electrotherapy before his transfer to Headley Court, where physiotherapy built his strength and helped him adapt to living independently.

Throughout his gruelling and ongoing rehabilitation, Spencer has demonstrated a consistently positive and cheerful attitude that has impressed, among others, his nominating charity: The Royal Navy and Royal Marines Charity.  Spencer is determined that his disability won’t prevent him from leading a full and active life, packed with the sporting pursuits that he loves.

Having recovered an impressive level of fitness and wanting to help others with their own physical limitations, Spencer took part in an Instruct Ability course to train as a fitness instructor and encourage more disabled people in his local community to participate in physical activity.  During a highly successful three-month work placement at Plymouth Life Centre he helped a number of individuals with gym-based workouts. He also contributed to changing staff perceptions about the daily challenges faced by people with disabilities and what they can achieve in the fitness arena.

Bolstered by this experience, Spencer has steered his life in a completely new and positive direction and he’s due to begin his degree in Sports Biomedicine and Nutrition at Cardiff University.  What an inspiring example of refusing to give up!