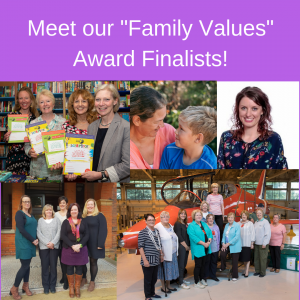 The popular Family Values Award is one that appeals to a wide number of nominators, as it encompasses so many people.  The Award is in recognition of a person, family or group whose selfless commitment, dedication and support for others in ensuring that they are cared for is a shining example of Family Values – and, throughout the Military Family, we have many, many examples.

The Award is generously sponsored by NetApp, an International organisation that is the “data authority for hybrid cloud.” In a nutshell, the company provides hardware and software solutions that aim to make it easy to manage vast amounts of data storage.  With a website tagline of “Empowering our customers to change the world with data,” NetApp is helping to empower the worthy Finalists who are changing other people’s worlds with their personal commitment and support.

Nick Thurlow, NetApp’s Managing Director, says, “For the military, deployments to war zones can be only half the battle – coming home and processing their experiences can be a war not so easily defined. It is something that reaches beyond the individuals, rippling through their families and those providing a support network. We are proud to sponsor the Soldiering On ‘Family Values’ category and share in the celebration of those innovative individuals, families, and groups proactively committing to nurturing these core human values. Through their visionary and compassionate missions, they aim to restore and rehabilitate those values. They are the unsung heroes and we hope that our sponsorship will elevate the importance of compassion and human connection.”

The Finalists for the Family Values Award are: 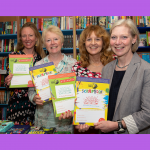 Author, publisher and academic Alison Baverstock has been an Army spouse for some 30 years. She noticed her own four children had better conversations with her husband when he was away on operations if they were reading the same books. It gave them all a common ground for conversation to focus on away from the military work, and improved everybody’s emotional wellbeing. It was while stationed in Aldershot in 2011 that she decided to share this benefit with other families and launched a pilot of Reading Force. It proved hugely successful.

The tri-service charity was born and they now cater for the UK’s estimated 130,000+ Forces children, plus those on overseas bases and the children of Veterans, Cadets and Reserves. It caters for children aged 0-18 years and, using a shared love of reading, they boost literacy confidence, deal with separation anxiety and strengthen family bonds through communication.

For some of these families it is the first time Daddy has read to his children.

They have now supported thousands of other service families, giving out more than 8000 books and over 100,000 scrapbooks to children. They capture those important memories while one parent is away on exercise or operations. 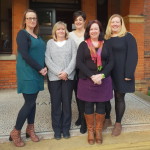 Sue Hawkins and Julia Molony came together in the most difficult of circumstances – as mothers of seriously wounded servicemen. They found there was no support network that focused purely on the adult family members of those who’ve been injured, whether physically or mentally. Sometimes those closest to the injured person don’t realise that they need help too, or they feel like they’d be letting the side down or failing their loved one. But carers need support too and The Ripple Pond is that network.

From two mothers who came together to talk about their own sons, they now have a national network, with a buddy system and online support groups. Together, they help hundreds of families with a safe and confidential environment so they no longer feel isolated by their loved one’s injuries.

Find out more about The Ripple Pond here. 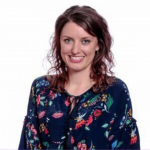 While Mums and Dads might make the choice to serve their country, their children don’t. Louise Fetigan – herself a former soldier who saw active service in Kosovo – founded Little Troopers because she couldn’t find the help she needed for her then 7 year old daughter. Louise felt that not only should there be tailored support for military children, but that the youngsters also need to be celebrated and recognised for the resilience they learn at such a young age.

Louise works tirelessly for her charity, with a few close friends for support. She puts together the separation packs for families, writes the birthday cards and organises a Summer Camp for 400 military children – so they can be with other children, just like them. Louise has also developed a reading app with publishers Harper Collins to support families with separation by hearing their deployed parent reading their favourite books to them. 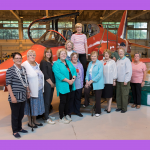 Members of the War Widows’ Association wouldn’t choose to become members, but once they find themselves bereaved, the charity is the one place they can turn to for support from others who understand what it is they are going through.

Founded in 1971, The War Widows’ Association is the only organisation in the UK that represents widows and widowers irrespective of the age, service or rank of the partner who served. It ensures they are not forgotten. Through a range of national and regional events the charity brings together its members for fun, laughter and camaraderie. They campaign on behalf of all members and their victories include the removal of the tax burden on the War Widows’ Pension as well as a pension for life for all War Widows from 2015. Without them the community would be poorer, in every sense of the word.

The Association holds its own Remembrance events, a week after the National Armistice commemorations, which bring together members, family and friends to share memories and celebrate those who have lost their lives.

When there isn’t a serving member or veteran of the Armed Forces community still left within a family, that family can feel forgotten. The War Widows’ Association ensures they are not.

Find out more about The War Widows’ Association here. 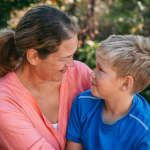 10 year old Jamie Small is one of the most inspirational young men you could hope to meet.  His dad Chris served 21 years in the Army as a Royal Logistics Corps chef and saw operational tours of duty in Iraq, Bosnia, Kosovo, Northern Ireland and Afghanistan. When he took voluntary redundancy in 2014 he struggled to adjust to civilian life.

Chris and his wife Mandy’s marriage started to break down and Chris fell in to a deep depression, unable to cope with life away from the military, but unaware how to seek the help he so desperately needed. In 2016 Mandy had to tell their young son Jamie that his Dad had taken his own life… a conversation most mothers can’t imagine having to ever face.

Jamie, determined others won’t go through what he has been through, has turned his grief into an amazing fundraising effort, raising over £6,000 for the military charity SSAFA, which supported him and his mum. They are helping to fund case workers, so that others can receive the help and support they need when they leave the Armed Forces life behind.

Jamie is very keen to continue his blossoming career as a fundraiser. His immense contribution spreads awareness of the important work SSAFA undertakes, both for the general public and in terms of beneficiaries. He is an inspiration to SSAFA, and his remarkable achievements for the charity are nothing short of extraordinary.

At the time of writing, the following Family Values Finalists have been showcased in the press:

Keep an eye – and ear – open for more news about these and all our superb Finalists! You can see our full list of Finalists in each category here, and don’t forget to sign up to our newsletter (if you haven’t already!) for regular updates on Finalists, Awards Night and how you can get involved!

And, if you haven’t already had the chance to see the Soldiering On Awards independent judges who have the difficult task of reviewing each year’s nominations, click here.