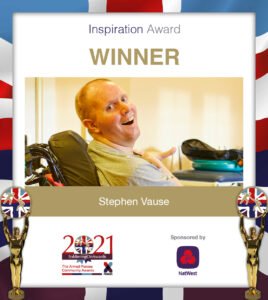 This evening, 21st October, saw a fantastic virtual event which allowed us to announce the truly inspirational Winners of our third group of award categories: the Soldiering On Healthcare and Rehabilition, Inspiration, and Lifetime Achievement Awards.

Whilst ALL of our finalists – and indeed, all nominees for this year’s awards – are have achieved so much in their own right, the shortlist for the Inspiration and Lifetime Achievement categories honed in on some incredible accomplishments.

We are very proud to give a loud ‘virtual fanfare’ to the worthy Winner of this Inspiration Award, which was selected by a public vote. 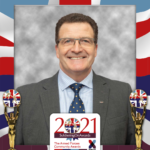 The ceremony was hosted by retired Royal Air Force hero John Nichol, a prolific journalist and commentator on military affairs. John  has been a supporter of the Soldiering On Awards for many years and we were thrilled that he was able to compare our final virtual ceremony of the year.

The ceremony was attended by the Category Finalists and Sponsors, Patron Of the Soldering on Awards, the Rt. Hon. Earl Howe, Sir John McColl, WO1 Dean Morgan and General Swift. 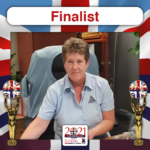 Margo Hetherington MBE – Margo is the founder of Military and Police Support of West Tyrone (MAPS), an award-winning independent charity that brings together various military and police associations to support veterans under one umbrella. As a full-time, dedicated MAPS volunteer, Margo is available day and night to support vulnerable veterans. 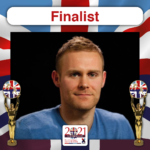 Mark Ormrod MBE – triple amputee and multi-award winning Invictus Games gold medalist, Mark is a prolific motivational speaker who has released a book, podcast and documentary. He works with medical teams to improve patients’ treatment and rehabilitation, and recently contributed to an art project that raised £40,000 for the Royal Marines Association. 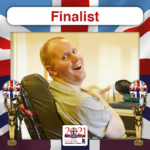 Stephen Vause – described as “one of UK’s most seriously injured veterans,” Stephen requires 24-hour care but  continues to push himself physically; he recently completed a 60-mile virtual London-Brighton cycle ride on a specially adapted static bike, raising over £4,500 for Help for Heroes and appearing on TV as an inspiration to others. 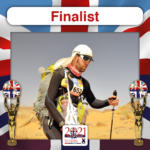 Martin Hewitt – Paralympian Martin is the founder of Adaptive Grand Slam (AGS), a charity that enables people with disabilities to participate in expeditions and physical challenges. Leading by example, Martin has successfully summited many mountains, including Kilimanjaro and Everest. He also walked to the Geographic North Pole, featuring in a BBC documentary with HRH Prince Harry. 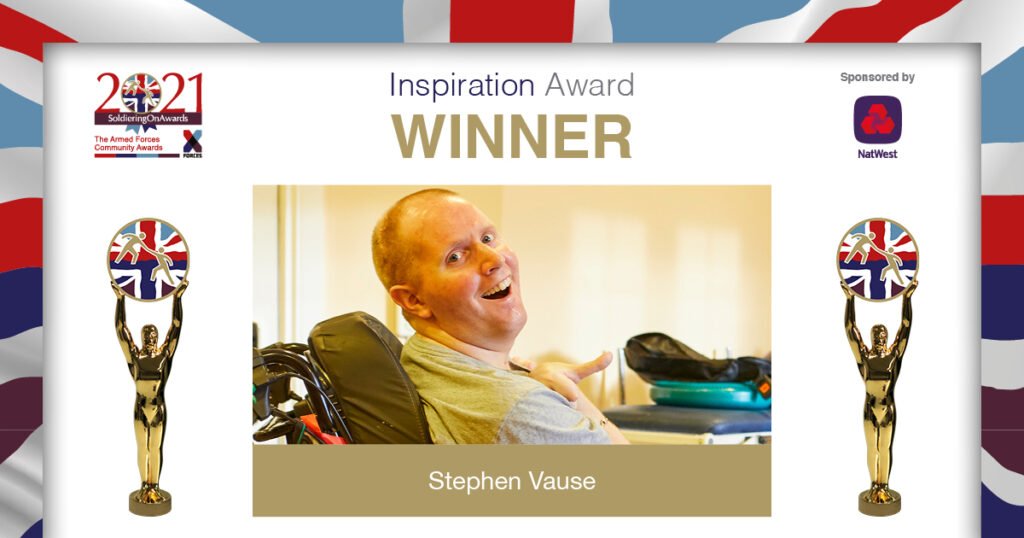 Stephen Vause was described as “one of UK’s most seriously injured veterans” after suffering severe brain injuries in a mortar bomb attack while serving with the 4th Battalion The Rifles in Iraq in 2007, aged 19.

Not expected to survive his injuries, Stephen confounded the experts. While he will require 24-hour care for the rest of his life, Stephen converses using a tablet and, despite his disabilities, he continues to push himself physically.

Stephen lives at Royal Star & Garter, a charity providing care to veterans living with disability or dementia. Determined and courageous, he works hard to achieve his goals and maintain his strength and mobility. He has just completed, in six weeks, a 60-mile virtual London-Brighton cycle ride on a specially adapted static bike, raising over £4,500 for Help for Heroes and appearing on TV as an inspiration to others!

Stephen still suffers a great deal of pain from his injuries but pushes himself to cycle three miles a day, using his arms and legs alternately. He undertakes other challenges, including lifting weights, sit-ups and hand-eye coordination tasks, setting goals and never giving up. During lockdown, he introduced the sport of Boccia to his care home, working with staff and demonstrating his altruism and leadership skills by helping run sessions for other veterans with disabilities.

“Stephen is an amazing man, a true hero. To cycle 60 miles is a huge undertaking and a real inspiration, showing what you can do when you put your mind to it.”

The National Senior Fundraising Manager at Help for Heroes reported that, “The pandemic has led to a 30% drop in our regular income. The amazing amount Steve has raised will help us give wounded veterans and their families the strength they need to live the lives they deserve.”

“Despite everything he’s endured, Stephen continues to push himself, think of others and maintain his sense of humour… His courage, determination and drive are exemplified by his never-say-die attitude, and are inspiring.

“Stephen is such an inspiring person. The Inspiration Award is well-deserved recognition for the outstanding work he does for our Armed Forces community and is testament to Stephen’s courage, hard work and single-minded focus.

‘Stephen has shown remarkable courage in dealing with his injuries and great fortitude in raising money for armed forces charities. I take my metaphorical hat off to him for his latest fund raising exploit. I am full of admiration for him.

‘I want to thank Ren Kapur, her team and the judges for the Soldering on Awards for the great work they do.

‘The past year has reminded us more powerfully than ever before of the debt we owe the remarkable armed forces community.

‘There are so many powerful stories to tell, and this is an opportunity to tell this special community how much we appreciate what they have done and continue to do for all of us.

‘There is a keen public interest in remembering and thanking those who go above and beyond to keep us safe sometimes in such challenging circumstances.’

“NatWest is honoured to be supporting the 11th annual Soldiering On Awards and in particular recognising truly inspirational people, profiling the outstanding achievements of current and former service men and women, their families and all those who support the Armed Forces Community. I experienced so many different emotions during the category judging process. Tears of joy! Pride! Humility! Amazement! I really don’t know how some of these people do the incredible things that they do. They truly are inspirational. So, to remind us all and before we reveal the winner, let’s now see a short video of our four amazing 2021 finalists in the Inspiration category.”

Our Category Ambassador for this award is Jeremy Vine.

Radio 2 Presenter Jeremy Vine, who is an Ambassador for the Soldering On Awards said:

“It was my great privilege to be an ambassador for the awards this year. Each of this year’s thirteen winners demonstrate an incredible dedication and commitment to their communities, and we all owe so much to those who go above and beyond to support others across society, and within the armed forces family. It has been an honour to meet the winners and nominees and hear their amazing stories.”