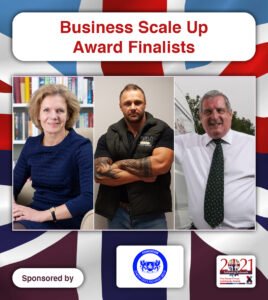 Who will be the next Tesco or Trailfinders? These two organisations set-up by armed forces veterans have undoubtedly scaled in the respective 100+ and 50+ years of trading. Small businesses scaling up are essential for future economic growth. Who are the potential household brands of the future? We have three people running three very different businesses who are all in the running!

This award honours an individual or group of individuals linked with the Armed Forces Community who have started a successful new business venture more than two years ago (before January 1st, 2019) and who still retain a minimum of 50% interest in the venture.

This award is generously sponsored by The London Stock Exchange Group (LSEG).

“We are thrilled to have London Stock Exchange Group once again sponsoring the Business Scale-Up Award, supporting the talents and achievements of entrepreneurs within the armed forces community. All of our finalists are growing their businesses by innovating and evolving, and in so doing, are creating jobs – congratulations to them all. I wonder if we will see any of them listed on the exchange in years to come!”

The Finalists for the Business Scale Up Award are: 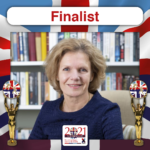 Arcanum Information Security Ltd was formed in 2008 by Lawrie Abercrombie, a former soldier and officer of the Intelligence Corps, and Jane Chappell, a former RAF Intelligence Analyst and Reservist in the Royal Signals. Initially delivering cyber security to the MOD, Jane and Lawrie have built the firm to be a highly proficient consultancy at the forefront of its sector.

The company provides services to highly classified MOD projects, and is one of only 27 National Cyber Security Centre certified consultancies in the UK – and the only one registered in Wales. Arcanum’s substantial growth is due to Jane and Lawrie’s sacrifice and determination as the firm has grown in both capacity and capability, adding Digital Forensics and Penetration Testing to its range of services. Customers include Government departments and agencies, National Critical Infrastructure, Law Enforcement, the Defence supply chain, charities and wider industry.

“The company employs 29 people, most of whom are former members of the Armed Forces, with others being serving reservists, military spouses or with strong Armed Forces family links.”

Employing veterans directly on leaving the Forces brings the benefits of values, team ethos and initiative. Yet it also requires significant investment of Jane and Lawrie’s time, mentoring and resources to develop the skills and qualifications required for the cyber security world. They both work tirelessly in line with standards ingrained in them during their long military careers, and the firm operates to a code of ethics set by the National Cyber Security Centre that reflects the Army standards of professional behaviour.

“All staff are encouraged to retain links to the Armed Forces, and Arcanum is a Defence Employer Recognition Scheme Gold Award holder.” 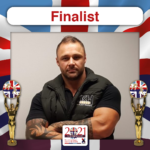 Kieron set up KH Plant in 2014 to deliver construction training, and the successful firm has increased steadily to a team of eight full-time employees, including two veterans, with a five acre facility. The business is accredited to deliver, amongst other things, CPCS, NPORS, NVQ’s, CITB Health & Safety courses, MPQC Quarry Passport and Driver CPC.

More than 190 companies and countless self-employed clients use KH Plant as a ‘one stop shop’ for all their health, safety, training and testing needs. Kieron receives a phenomenal 2-300 phone calls and emails per day, which he handles in addition to managing staff and keeping a full diary of his own training and testing assignments.

“Kieron’s success comes from placing clients at the centre of the business. He adapts training courses to meet their needs, is able to think on his feet and gives clear instruction. He is open, honest and, if he is unable to fulfil a role, will always replace this with an alternative to help clients.”

To give something back, Kieron provides free and discounted courses to veterans. He is involved with a couple of Armed Forces-linked charities to help veterans that have  been involved with the criminal justice system to gain employment in construction.

Kieron left school with no qualifications and credits the army for teaching him life skills, such as independence, working under pressure and delivering high quality performance. These characteristics are evident in his role at KH Plant and its ever growing success. 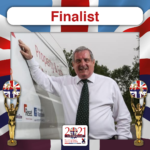 Over the past two years, the firm has enjoyed significant, rapid growth and now delivers specialised services to the NHS for cleaning and domestic support in seven hospitals, as well as for the Ministry of Defence. Its specialisms include infection controls, and its highly-valued work with the NHS has supported combatting the spread of Covid-19.

AAA Caring Caretaker is a company that values its people, including those with disabilities – both seen and unseen. They pride themselves on social value credentials, employing many veterans, especially those suffering from mental health issues. Commitment to developing its team has enabled the firm to tender for major commercial contracts, as the respect from Richard’s employees helps to ensure AAA Caring caretaker has been able to adapt and become a highly profitable enterprise.

“Lessons Richard learnt whilst serving in the RAF, such as responsibility, accountability, commanding teams in challenging operational conditions, often with immediate improvisation in order to achieve the goal, have taught him how to grow in stature and manage people.”

In order to further develop the business, the firm accessed start-up loans via X-Forces Enterprise and Funding Circle to invest in training standards. They obtained ISO 9001-2014 certification and bought new equipment, and have since won contracts with Blue Chip Companies worth up to £1million.

“The firm’s reputation is of a company that can not only meet the criteria of the contracted work, but exceed expectations and deliver a first-class service. It values its clients and staff as integral to its success, for now and in the future.”