If you’ve been anxiously waiting with baited breath to find out who has won the coveted 2021 Soldiering On Awards, your wait is finally over!

This evening we proudly announced the winners of the first three categories: Family Values, Working Together and the ‘voted for by you’ category: Animal Partnership.

And the next three Thursdays will see the other winners revealed during exciting Zoom events. 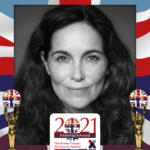 We kicked off tonight in fantastic style, with the fabulous actress Fiona Dolman comparing our first virtual award ceremony of the year! The event was attended by the category finalists and sponsors, Patron Of the Soldering on Awards, the Rt. Hon. Earl Howe, Commodore Melanie Robinson, ADC Royal Naval Reserve, Air Commodore dave Tait MBE MA RAF, and Lee Holloway, CEO of The Officers’ Association.

Our finalists in this phenomenal category that YOU voted for were: 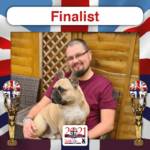 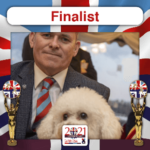 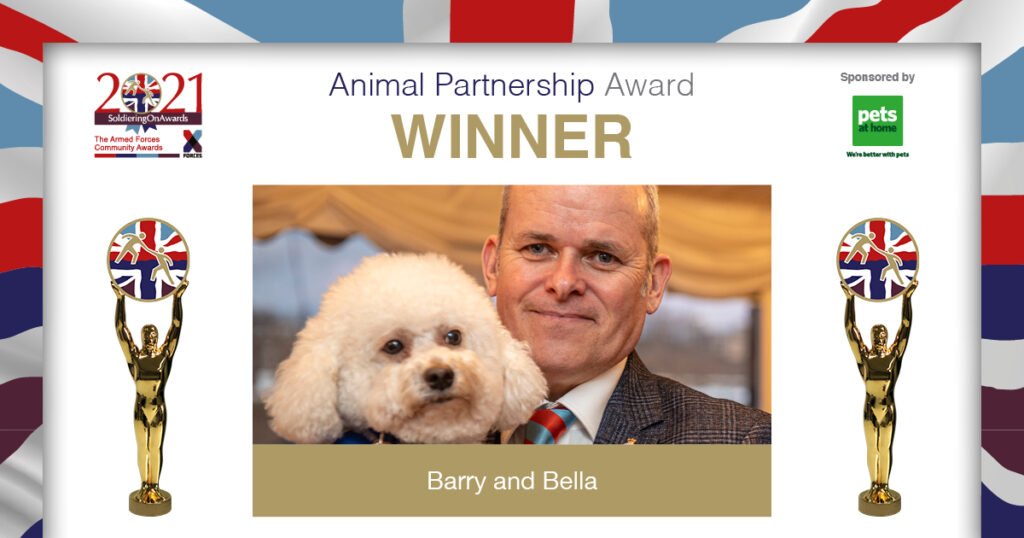 After leaving the army in 1991, Barry suffered constant pain, insomnia, sadness and depression, and was later diagnosed with CPTSD. He became shy, introverted and angry.

Beautiful Bella Bichon came into his life in 2015 at the age of 21 weeks, following a traumatic start in life. Filthy, fearful and feral, she crawled towards Barry and lay shaking. It was immediately obvious that there was something very special about this little dog. During the night, as Bella became aware that Barry was struggling with nightmares, she licked his neck, soothing and helping him to settle.

Barry’s confidence quickly grew. Bella passed her Pets as Therapy assessment in 2016 and then qualified as an owner-trained Assistance Dog. The duo began volunteering locally at hospitals and schools, then Barry became confident enough to give talks on Animal Assisted Therapies for Palliative Care, End of Life moments, Intensive Care and Children’s Wards.

Barry missed the comradery of army life and knew that other veterans may be struggling too. He approached Combat Stress to offer his and Bella’s support. Within weeks they became an essential part of the Clinical Therapeutic Team.

“Bella recognises people needing support. She uses Deep Pressure Therapy, leaning into them so that they stroke her and, in doing so, release endorphins, giving a sense of calm. Then, using his own empathy, Barry allows veterans to relax so that talking is easier.”

Barry and Bella promote veterans’ mental health awareness at every opportunity – including at the Brighton Marathon, air shows and with the Armoured Corp Display Teams, as well as in local superstores and shopping centres. They are also established members of a local veterans’ drop-in charity where they welcome new veterans and enrich their lives. Since finding each other, Barry’s life has become one of joy, hope and purpose, as has Bella’s.

“Barry & Bella are making a difference! This Dynamic Duo are proud to have won several local awards and accolades. Seeing hope and happiness in people’s eyes is priceless.”

Barry Coase: “I am absolutely over the moon! I only do this work because I want to – we’re trying to help people all the time. I’d like to thank the panel and the people who voted for us – it means a lot to us all!

“On Saturday we’re working at nationwide building society promoting Combat Stress and fundraising. The next Saturday we’re out fundraising too. We’ll just keep going, obviously COVID-19 has stopped a lot of the work we do – the hospital visits, intensive care, children’s wards – all that stopped, but we’ll still keep promoting what we do. As long as veterans are dying from suicide then we’ve got to keep going, that’s the driving force.

“It’s normal to Bella! She’s been doing it since she was 9 months – she loves everybody.”

“We’re extremely proud to sponsor the Animal Partnership Category in celebration of these exceptional pets, who provide invaluable support to their owners and the wider veteran community.  This category not only goes through the rigorous internal judging process, but the chosen three finalists then go through to a public vote.  This year the public voted in their thousands and before we find out who the overall winner is, let’s now see a quick reminder of our three incredible 2021 finalists in the Animal Partnership category.”