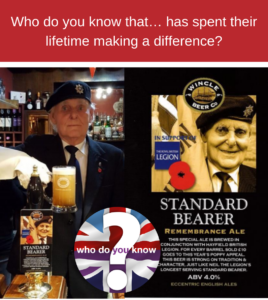 With 12 Soldiering On Awards up for grabs, there’s a good chance you know someone that you’d love to nominate.

One of the most heartfelt moments at the 2019 award ceremony was when Douglas Hern realised that his name had been announced as the winner of the Lifetime Achievement Award. “It took some time to register! My companions were jumping and down, whooping loudly, but it took a cadet whispering in my ear to make it real. It was so overwhelming!”

This award honours a person or group whose lifetime of dedicated service has provided a significant contribution in support of the Armed Forces Community.

Who should I nominate?

Quite simply, you can nominate anyone you feel deserves to be honoured for their lifetime of hard work to benefit members of the Armed Forces community.

Douglas is a fantastic example.  He has spent practically his whole life making the world a better place for a certain group of people; who do you know that has also been so immensely passionate about their cause that they deserve an award?

Does anyone spring to mind who’s spent a lifetime dedicating themselves to making a significant contribution in support of the Armed Forces Community? Someone who’s worked tirelessly to make a difference or create a sustainable impact for whatever it is they so strongly believe in.

Douglas Hern has dedicated more than 30 years of his life to ensure the British Nuclear Test Veterans gain the recognition and support they deserve, and that the next generation never forgets their sacrifice. Winning the Award has raised his profile even higher.

“Although we spend hours filling collection tins at supermarkets – and we’re grateful that people contribute greatly – many give without really understanding what the charity is about. Therefore the promotion and support we’re gaining as a result of our win is tremendous.”

Since winning the Lifetime Achievement Award in 2018, Neil Deaville has received a huge amount of publicity to benefit the Royal British Legion. He told us proudly:

“I’ve even had a beer named after me!”

As Standard Bearer for 55 years – and president of the RBL’s Hayfield Branch, Neil has always been a well-known face within his community.  But since winning his Soldiering On Award he has become recognisable throughout the north of England – as his face can be seen in pubs – on a bottle of beer!  It’s true – a Staffordshire Brewery has named a beer after Neil – “The Standard” – and the Royal British Legion benefits financially from every bottle sold!

Other winners of this category include SASRA Scripture Reader Meg Atkinson MBE – A constant friendly face at RAF Brize Norton with over 40 years of service to the RAF community; Dr Walter Bussutil who, for over 34 years, has supported the military community to overcome mental illness; and The Guinea Pig Club, providing pioneering plastic surgery treatment to wounded military personnel. You can see all previous winners on our website by clicking on the Awards tab then selecting previous award from the drop-down menu and choosing a year.

This award is sponsored by Greenwich Hospital, a unique Crown Charity that provides charitable support including annuities, sheltered housing and education to serving and retired personnel of the Royal Navy and Royal Marines and their dependants. 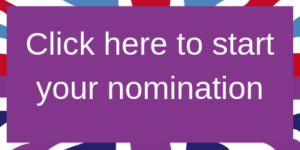 It will be fantastic if you can help to spread the word by sharing this blog to make sure as many people as possible have the opportunity to nominate whoever they feel deserves an Award!  These tags may help if you’re sharing on social media: #SOA2020 #soldieringonawards