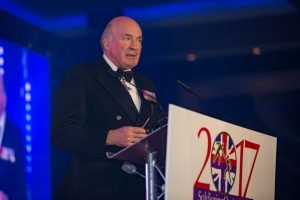 The 2018 Soldiering On Awards Finalists have been announced today, 10th January 2018

Earlier this year we announced an exciting new partnership with X-Forces.

Now into its 8th year the Soldiering On Awards is delighted in the response to the call for nominations for members of the armed forces community and the general public to put forward the people, teams, charities and businesses they would like to see recognised in the prestigious 2018 Soldiering On Awards.

Twelve  Awards have been judged by an independent panel of judges co-chaired by General the Lord Dannatt GCB,CBE MC, DL and Debra Allcock-Tyler, CEO the Directory of Social Change.

Finalists for each Award will be invited along with (where appropriate) the person who nominated them to a special Finalists reception at the House of Lords on the 8th February 2018. The reception will be hosted by Awards President Lord Dannatt and attended by Awards Patron, the Rt Hon Earl Howe PC.

All Finalists and their guest are invited to attend the prestigious Black Tie Awards Ceremony and dinner at the Park Plaza Westminster Bridge Hotel, Friday 20th April 2018 – where the overall winner in each category will be announced.

He says ”To me, the Soldiering On Awards wasn’t just a great night, but the week’s running up to it were such an amazing life changing event too. Most importantly it’s the thought that someone has been moved by me just being me enough that they have taken the time to nominate me, that feeling in itself in amazing and very humbling. But then to go on and be a finalist and eventual winner of an award in a category of people who were all deserving, is a feeling that I can’t compare. People talking to me about my story has helped me through a difficult personal challenge. Every day I look at the Award in my kitchen before work and just remind myself it’s all been worth the pain and effort, if just one person has been inspired by my story that the Soldiering On Awards has put out there and shared for me”.

The following 12 Awards categories were open for nominations

Awards President General the Lord Dannatt GCB, CBE, MC, DL: “the Soldiering On Awards have recognised many outstanding people over the years, highlighting personal victories over adversary and countless examples of selfless support for others, all of which highlight the valuable contribution of serving and former members of the armed forces community, their families and all those who support the community.

Many former service men and women have used their skills to become successful entrepreneurs. I am delighted that in harnessing the renowned expertise of social enterprise X-Forces in an exciting new partnership, we are expanding the business category of the Awards. This will enable us to shine a light on more former service personnel who have created successful businesses, large and small and through which they are making a positive contribution to society.

Awards Patron Earl Howe said: “Who can fail to be enthused by the irrepressible spirit and inspiring accomplishments of all those the Awards recognise; veterans and civilians from all walks of life, who work together so effectively, to improve the lives of so many. I encourage all to nominate anyone whom they consider worthy of recognition for their support of the Armed Forces Community”

Tal Lambert MBE Chairman, Soldiering On Awards said: “Now into our 8th year the Soldiering On Awards go from strength to strength! We are delighted to be announcing the opening of nominations for the 2018 awards including our partnership with X-Forces, enabling us to recognise so many worthy people, teams and businesses and demonstrate the outstanding contribution serving and former members of the armed forces make, along-side many very special people who support the Armed Forces Community.”

Ren Kapur MBE; Founder and CEO, X-Forces said: We are delighted to be in partnership with the Soldiering On Awards, celebrating the achievements of so many inspirational individuals and organisations within the Armed Forces community. As the nominations open today, I am immediately looking forward to seeing the nominees across the range of categories, it is always a privilege and truly humbling to hear the stories, achievements and courage displayed. We are especially excited to have the first dedicated Business Awards categories open to entrepreneurs and business owners from the Armed Forces, this is such an innovative group leading from the front in the enterprise community and that needs to be celebrated.”