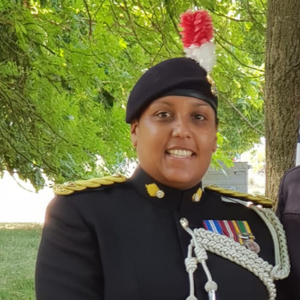 Maj Konstantinious was appointed both to Company Commander and ADC to the Lord Mayor of the City of London in 2017, after 10 years as Detachment Commander at 74 RRF. For over 25 years Major K has held several positions within the ACF. She has built up a unique repertoire with the young people she has worked with, supported and helped to develop, including adult volunteers.

“I am extremely honoured and proud to support the Soldiering On Awards, and being a part of a community that fully embodies the values and standards which is the bed rock for those current and formerly serving in our Armed Forces. Who wouldn’t want to be a part of such inspirational excellence?!”