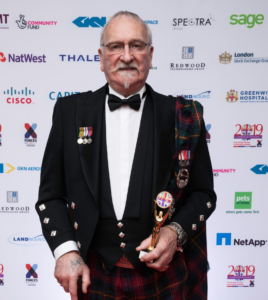 Douglas Hern is man on a mission.  As Chairman of the British Nuclear Test Veterans’ Association (BNTVA), this determined man has devoted more than 30 years of his life to ensuring that a specific group of veterans gain the recognition and support they have long deserved.

60 years ago, over 1000 young servicemen landed on the white sands of Christmas Island in the Pacific to oversee Britain’s testing of its early nuclear bombs. What followed has been a lifetime of health issues caused by radiation exposure – not just for the servicemen involved in the nuclear tests, but serious health problems that have impacted on their families too.

How Douglas helps the Veterans

Doug supports members and their families in so many different ways, from helping with claims, pensions and media coverage, as well as ensuring the next generation never forgets their sacrifice. This involves conducting research, giving talks in schools and maintaining an official archive. 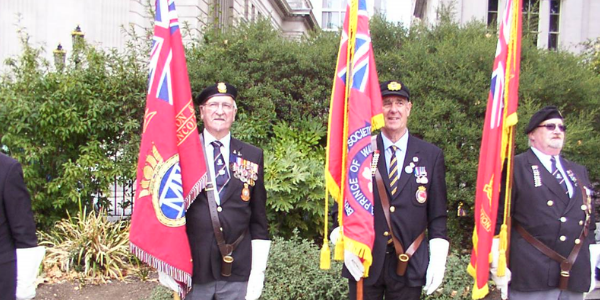 Doug was previously a cook in the Royal Merchant Navy and captain of a service vessel before being assigned to Christmas Island in the 1950s.  There, he witnessed five nuclear tests – one atom bomb and four hydrogen bombs.

What happened on this “paradise” island damaged the servicemen for life, both mentally and physically. Douglas remembers being a 21-year-old ordered to sit with his knees up, eyes closed and hands over his face as the first bomb exploded.

“We saw a bright, brilliant light,” he recalled in a 2009 interview with the BBC. “It was as if someone had switched a firebar on in your head. It grew brighter and you could see the bones in your hands, like pink X-rays, in front of your closed eyes.”

The blast – with its now familiar mushroom cloud – knocked people off their feet, blinded birds and shattered glass.  And, Doug believes, caused radiation exposure-related health issues for which the veterans have never been compensated. Doug has personally suffered greatly, citing the tests as the cause of his diabetes, spurs growing on his sternum and, tragically, the death of his 13-year-old daughter from cancer.

Despite campaigning by the BNTVA, the UK government has failed to provide compensation for the illnesses and suffering caused to the hundreds of veterans affected. The remaining veterans who were stationed on Christmas Island during the tests have been embroiled in legal battles as they’ve tried to achieve recognition for their work and compensation for the poor health suffered as a result of the nuclear tests.

Researchers from Durham University discovered 21 years ago that one in three servicemen had died from bone cancers or leukemia linked to the atomic and hydrogen bomb tests. They also found that twice as many veterans suffered from a radiogenic cancer than had been admitted by successive British governments.

Other countries have provided compensation to their veterans, with the US and France leading the way. But Doug has constantly found himself up against a brick wall.  He explains, “The Isle of Man’s government was given compensation, and Fiji received £24million. The MoD pledged money, but there’s been no help at all for our vets – including those with PTSD.”

Following a long campaign by the BNTVA, in 2016 the Government announced provision of a £25m Aged Veterans Fund (AVF) to alleviate suffering and increase wellbeing. The BNTVA, through its Nuclear Community Charity Fund (NCCF), has undertaken a portfolio of projects through the AVF benefiting the Nuclear Community.

Doug also believes that a concerted effort was made to ensure no archive material was kept, so as Historian for the BNTVA he’s now creating a historical record; dealing with the courts and the government to piece together missing information. 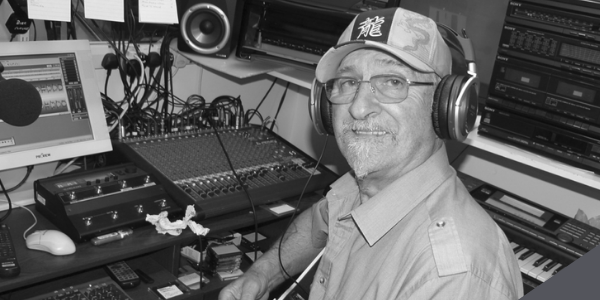 Doug and his wife Sandie, vice chairman of the BNTVA, work tirelessly for the nuclear community, and for those affected by the tests. (Douglas proudly says, “I’m grateful to my wife for her help!”)

Currently doing research into civilian merchant ships and RFA (Royal Fleet Auxiliary vessels) that were in the Pacific between 1952-1959 when nuclear testing was on-going, Doug hopes to find the names of people who were on those ships as he believes they, too, may have been affected by atomic tests.

He told us: “This is a complex situation, not only for the people who witnessed the tests but for their families and generations to come. I’ve consistently tried to approach the government regarding compensation. We tried to get a fast track through the health service…. Teresa May promised a ‘driving licence’ for vets born pre-1950 to fast track them through the NHS but the legislation never went through.

“Time is spent getting the children to understand; passing it to the next generation to keep awareness alive.”

The video HERE was published to commemorate the August 29th – UN International Day Against Nuclear Tests “highlighting the importance of ending nuclear tests in order to avert the devastating and harmful effects on the lives and health of people and the environment”.

Since winning his Soldiering On Award… 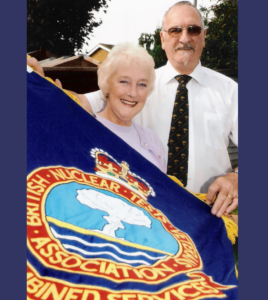 Doug told us that, on the night, he was completely stunned to win: “I was honoured to simply be at the event as a guest, I certainly didn’t expect to win, sitting amongst people whom I felt deserved it far more than I did. I didn’t put enough value on myself until that moment. It took some time to register. My companions were jumping and down, whooping loudly, but it took a cadet whispering in my ear to make it real. It was so overwhelming.

“Even now, as I look at the award sitting proudly on my mantelpiece, I feel there are others more worthy. The support we are now receiving from X-Forces Enterpise is invaluable in helping us to raise awareness of our cause. Although we spend hours filling collection tins at supermarkets – and we’re grateful that people contribute greatly – many give without really understanding what the charity is about. Therefore, the promotion and support we’re gaining as a result of our win is tremendous.”

The Lifetime Achievement Award was generously sponsored by Greenwich Hospital. Shakeela Bagus, Head of Charity at Greenwich Hospital, told us: “Doug is an incredible man; the stories he told are very inspiring. The fact that he’s supporting not just people from that generation but their children, and their children’s children as well… it’s amazing work!”

If you would like to help the BNTVA in any way you can, please contact Douglas by email: chairman@bntva.com or call 020 8144 3080.

It will also be fantastic if you can help to spread the word about Doug’s mission by sharing this blog to make sure as many people as possible understand what these veterans have gone through.

You can help to raise someone’s profile by nominating them for a Soldiering On Award.  Whether it’s an individual, charity, business or even an animal partner that improves the life of anyone within the military family, there’s a category for everyone. Check out the categories and nominate here.