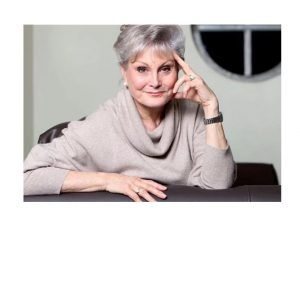 The Soldiering On team is delighted to announce that Angela Rippon will be co-host the Soldiering On Awards on 24 March 2017 at the Park Plaza Westminster Bridge Hotel, London .

The general public and more than 40 charities and not-for-profit organisations either representing or associated with the wider Armed Forces Community have put forward a record-breaking number of nominations in nine categories for this year’s awards.

In attendance on the night will be; the charity’s patron, the Rt Hon Earl Howe PC, chairs of the Independent Judging Panel, General the Lord Dannatt GCB CBE MC DL and Debra Allcock-Tyler, CEO, the Directory of Social Change; along with Cobseo Chairman General Sir John McColl KBE CBE DSO and VCDS General Sir Gordon Kenneth Messenger KCB, DSO & Bar, OBE, ADC, and Soldiering On Awards ambassador Vicki Michelle along with a number of senior military officials and VIPs to recognise and congratulate the Soldiering On Award finalists.

The charity offers a special table rate for Cobseo members.  If interested, contact Chief Executive Anne Donoghue at anne.donoghue@soldieringon.org or 07708 944007.