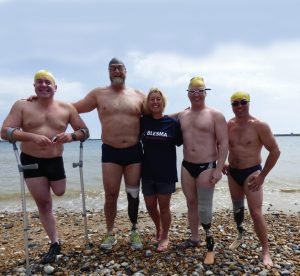 A group of Awards Finalists whose stories were shared with the public through our media partner the Sunday Express; raised awareness of the amazing achievements of our Service men, women and the charities and community that support them. The winner will be announced in the 24 April 2016 of the publication.  The finalists were:

Blesma Channel Swim Team – after 18 months of training, this four man team became the first ever all-amputee team to swim across the English Channel in just over 12 hours.