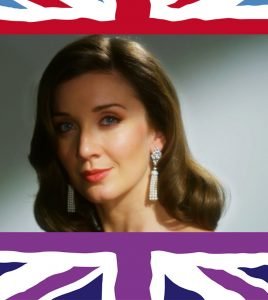 We are delighted to announce that the internationally acclaimed classical singer Carly Paoli will be performing on Awards night!

After a successful album launch show at BAFTA in 2017 Carly’s debut album ‘Singing My Dreams’ went straight to No1 in the iTunes Classical Charts and No2 in the Official Classical Album Chart.

We are delighted that Carly will be performing her new song ‘Liberty’ for the first time at the Soldiering On Awards. In addition to recognising all of our amazing Finalists, ‘Liberty’ will be sung as a special tribute in this anniversary year for RAF 100.

Classically trained, Carly has established a fantastic reputation in a short time, including performing a duet with operatic legend José Carreras at Windsor Castle, for HRH The Prince of Wales and a concert at the historic Terme di Caracalla in Rome alongside Carreras and celebrated tenor Andrea Bocelli.

Carly’s debut single, Ave Maria, was chosen by the Vatican as the official song for Pope Francis’ Jubilee Year of Mercy. Her next release, A Time for Mercy, was the spectacular finale to Music for Mercy, a unique event held in the grounds of The Forum in Rome – the first time permission had been granted for a concert in the grounds. The year culminated for Carly when she was introduced to Pope Francis at The Vatican.

On February 15th 2018 Carly performed at London’s Cadogan Hall. Writing in the Mail on Sunday David Mellor gave the concert a glowing 4 star review under the headline ‘Nobody does it better’.

‘I owe a lot to the help and backing of my family so I empathise with the ethos behind these awards.  The Armed Forces by their service reinforce all of us and the support given by their families and others is tremendous. I am honoured to be asked to sing for them.’ 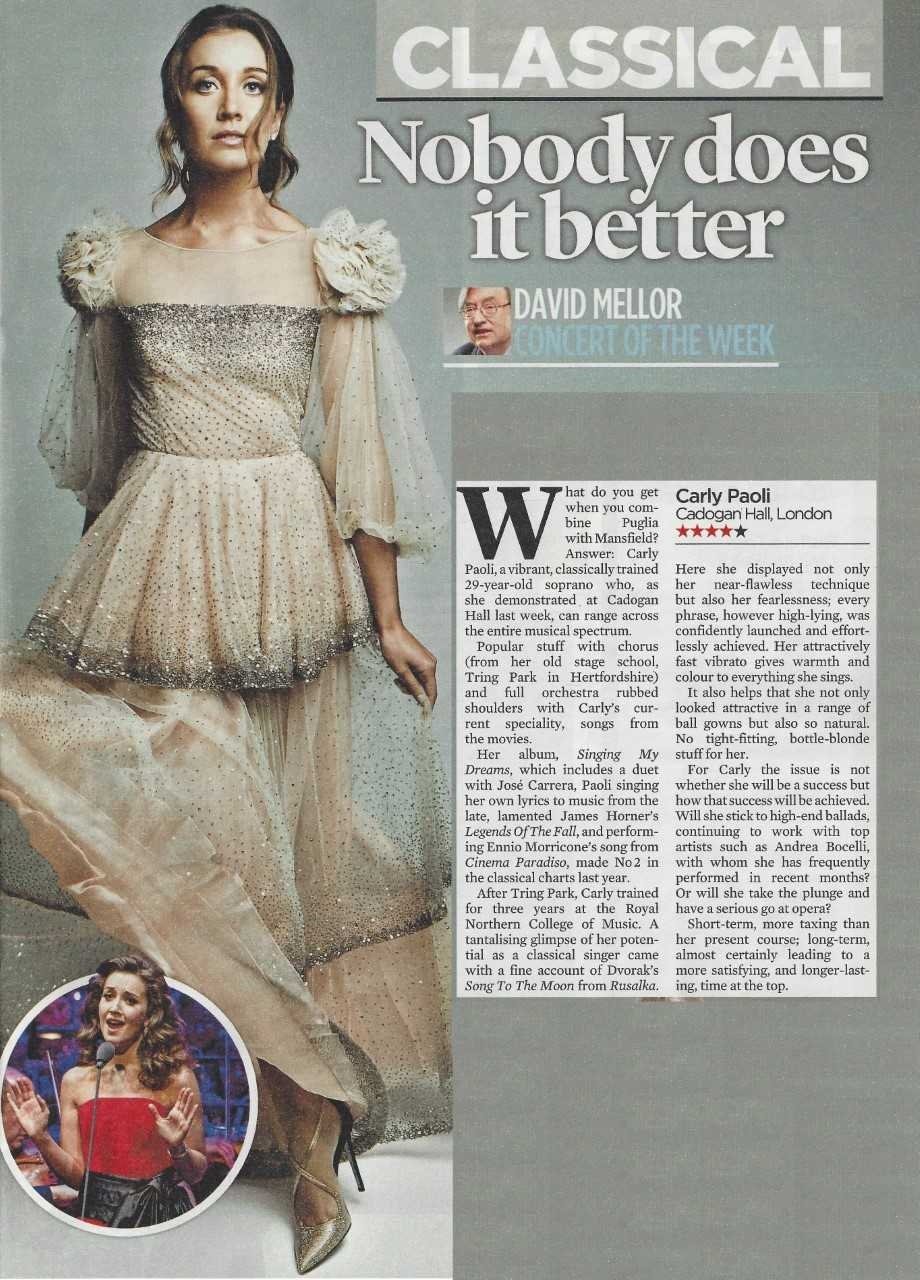