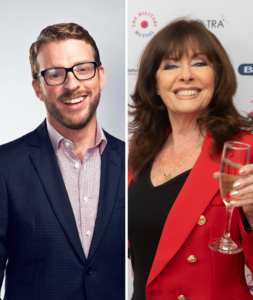 Well we’re certainly into the stride of things now! Three more of our incredible winners were announced on last night’s ceremony (1st October), including the big reveal of our Special Recognition Award. Last night’s winners were for the Education, Training & Development Award, Healthcare & Rehabilitation Award and the Sporting Excellence Award, announced by the one and only, Coronation Street star, Antony Cotton.

It’s going to be ‘double trouble’ next Thursday as TV presenter-turned-Strictly recruit, JJ Chalmers, well-loved Actress Vicki Michelle MBE and join forces to host our third virtual Soldiering On Awards 2020 ceremony. Having both presented at previous Soldiering On Awards ceremonies, it’s fantastic to have them back in the fold and teaming up for an undoubtedly energetic duet.

JJ Chalmers is a TV Presenter with a remarkable story. The career of the former Royal Marine

Commando was cut short after he suffered life-changing injuries following an IED explosion in Afghanistan. After years of rehabilitation, JJ went on to compete in the 2014 Invictus Games where he captained the Trike Cycling team and took home three medals. As a spokesperson for this inaugural Invictus Games JJ got an insight into TV during the publicity rounds and seeking a new and thrilling adventure led JJ to embark on a broadcasting career.

He hit the ground running in 2016 with a Studio Presenter role for the Rio Paralympics and since 2017 has anchored BBC1’s coverage of the Invictus Games.  JJ has become a key part of the BBC’s sports team with highlights including The Commonwealth Games and The London Marathon. As part of the BBC’s Ceremonial coverage JJ commentates on The Lord Mayor’s Show and considers himself privileged to have been involved in the D Day Memorial programming. Other BBC credits include The One Show, BBC Breakfast, Getaways, Wild Escapes, Pilgrimage, The People Remember and the acclaimed documentary for Radio 5 Live From Helmand and Back.

JJ is an Ambassador for both Help For Heroes and The Invictus Games. 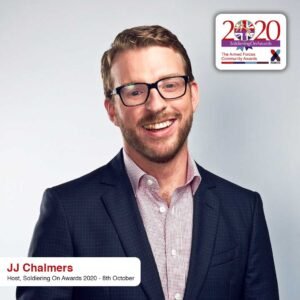 Famed worldwide as waitress Yvette in the B.A.F.T.A nominated and award-winning series Allo Allo and The Return of Allo Allo, Vicki enjoys an extensive career in television, theatre and film.

On television, among many varied and diverse roles, she has starred alongside Ray Winstone, Danny Dyer and Idris Elba in All In The Game, Hugh Bonneville in Silent Hours and Keith Lemon, Paddy McGuiness and Robbie Williams in The Keith and Paddy Picture Show as well as appearing in the popular soaps Emmerdale and Doctors.

Her most recent work includes starring in her own one woman show, I Shall Say This Only Once, featuring daughter Louise Michelle and the leading role of Vicki in the sell-out UK tour of Hormonal Housewives.

A committed charity worker, Vicki was awarded an MBE in The Queen’s Birthday Honours List 2010 for Services to Charity and made a Dame of the Sovereign Hospitaller Order of St John of Jerusalem Knights of Malta in 2012. In addition she is a Patron of Haven House Children’s Hospice, The Dream Factory, AA Dog Rescue, Essex Women’s Advisory Group.

Vicki is also a proud ambassador for the Soldiering On Awards.

Vicki said “Fond memories of last year’s Soldiering On Awards, I met some amazing people! Delighted to be involved with the awards again this year.” 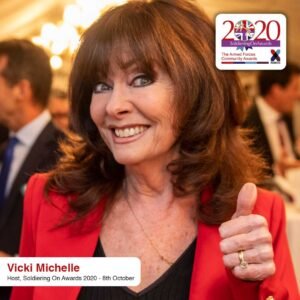 Ren Kapur MBE, CEO of X-Forces Enterprise and Co-chair of Soldiering on Awards, said “the combined passion, experience and dedication that JJ and Vicki bring to our Armed Forces community is absolutely priceless. The energy and enthusiasm will be electrifying when they team up to host next week’s ceremony. I can’t wait!” 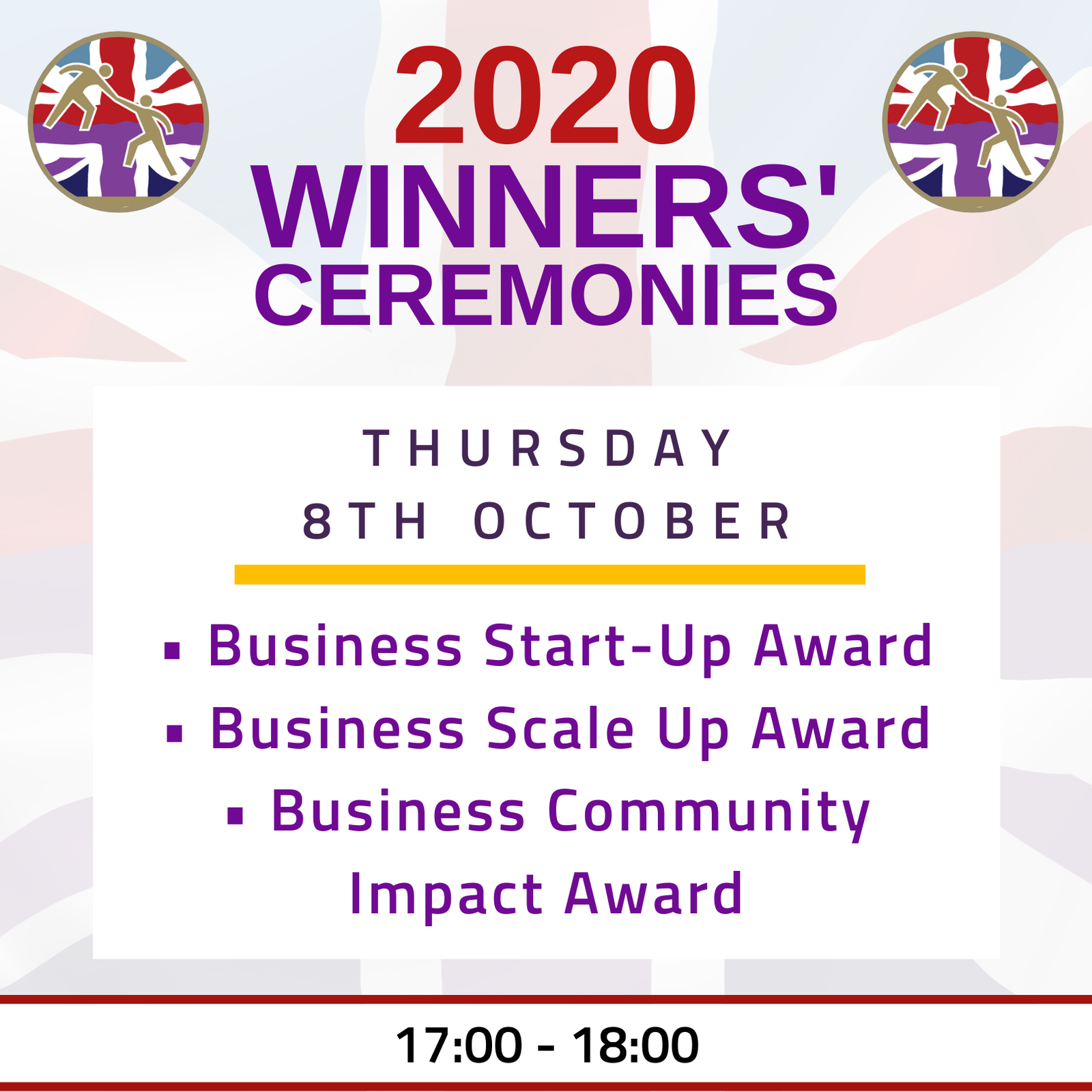