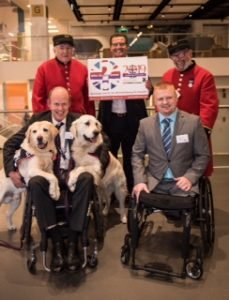 At a special launch event at the National Army Museum in Chelsea, Senior Ministers, senior and serving members of the military, veterans, former Awards winners and business leaders were encouraged to think about who they will nominate for a 2019 Soldiering On Award.

The Soldiering On Awards honours the Armed Forces community with 12 categories ranging from Inspiration and Sporting Excellence to Business Awards and Family Values.  A 13th Award, the People’s Choice Award, is selected by the judges, led by General the Lord Dannatt.

Don’t forget that there are two new Awards this year:

So who will you nominate?

Who do you know who deserves to be recognised for their outstanding contribution to the Armed Forces Community? 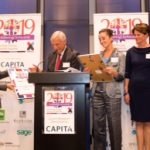 Awards Patron the Rt Hon Earl Howe PC says: “The Soldiering On Awards recognise the outstanding achievements of former servicemen and women who are shining examples to us all with their can-do attitude and transferable, valuable skills acquired during the course of serving in the Armed Forces. All of our Finalists and Winners very ably demonstrate a positive contribution to society, that continues long after they leave service. We look forward to receiving your nominations for this year’s awards!” 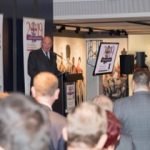 President and co-chair of judges, General the Lord Dannatt GCB CBE MC DL says: “I am really excited about the amount of support there is for the wonderful work of the Armed Forces and all that they doing for peace and security in the World.  The Soldiering On Awards recognises those who have gone “over and beyond” the call of duty, whether as military people or as civilian charities, businesses and organisations supporting the military.  As Chair of the Judging Panel, I urge everyone to think about who they can nominate for one of these prestigious awards.” 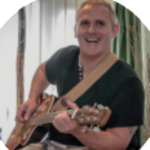 RAF veteran Luke Delahunty, who was paralysed from the chest down 22 years ago, won the 2018 People’s Choice Award. He says: “I was extremely surprised and honoured to be nominated by the RAFBF. I never expected to win an award for living my life and doing things that I enjoy and supporting charities that do such valuable work. It’s important for everyone to give back and help those that need it. I’m very fortunate to be in a position to do that.”

The evening was a huge success and our thanks go to everyone who made it possible. Special thanks go to The National Army Museum for hosting, Sarah Symington for her wonderful catering, Gorgeous Hire – and, of course, our Awards Launch Sponsor, Capita, and all of our category sponsors.

Nominations are open for the whole of September, so why wait? Click here to see the categories and nominate someone you think is awesome!

At the event, we made an announcement about our collaboration with the X-Forces Enterprise Group. Click here to find out more. 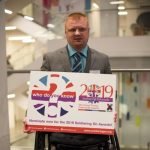 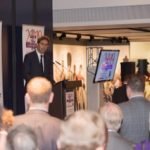 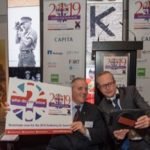 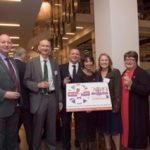 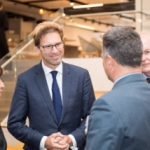 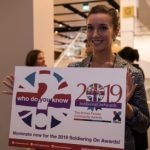 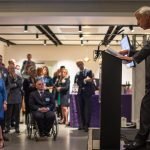 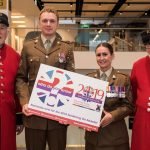 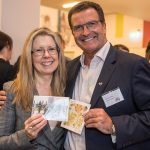 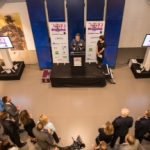 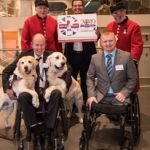 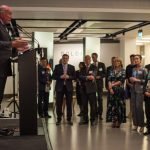 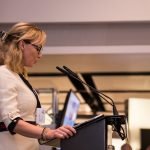 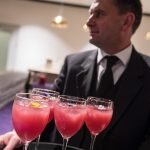 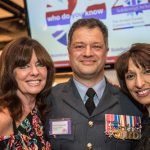 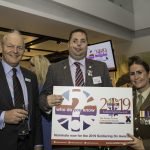 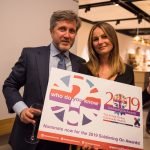 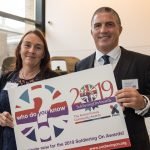