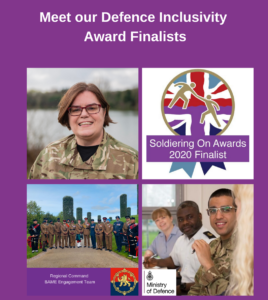 The Defence Inclusivity Award recognises the commitment and achievements of individuals and organisations in achieving greater diversity and inclusion throughout the Armed Forces Community.

This award is generously sponsored by Landmarc. Originally created in 2003 to provide facilities management and support services to the Ministry of Defence, Landmarc has grown to deliver insightful, innovative consultancy and practical services that help to deliver military and civil protection training across the world. 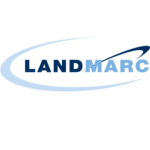 “Landmarc’s responsibility as a partner to the Armed Forces extends across all of our activities, from providing the best training facilities for our serving troops to enabling employment opportunities when personnel return to civilian life, which includes looking after their health and wellbeing at work. Sponsoring the Defence Inclusivity Award allows us to take this further by establishing a strong network with individuals who are championing greater diversity and inclusion throughout the Armed Forces Community so that we can learn from their experiences. Good luck to Leona Barr-Jones, Defence Diversity Networks and the Regional Command BAME Engagement Team.”  Mark Neill, Managing Director at Landmarc Support Services


The Finalists for the Defence Inclusivity Award are: 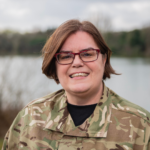 For over 20 years, the Colonel Commandant of Essex Army Cadet Force, Col. Leona Barr-Jones, has been a respected leader and an advocate for diversity and inclusion. Instrumental in founding the National Steering Group’s “Step Change” Diversity and Inclusion Project, her objective is to enshrine inclusion and promote diversity throughout the cadet force.

Holding the post of National Chair of the Army Cadet Force LGBT+ Forum, Leona also delivers Diversity and Inclusion Training for national and local charities and business organisations. This includes the Chamber of Commerce and the Institute of Directors (IoD), where Leona is the IoD Easts’ Inclusive Director of the Year, recently delivering the opening address at its Open House Inclusivity Conference at Cambridge.

“Independent thinking, self-awareness and professionalism have shaped Leona’s mindset, as has the determination to set high standards and deliver goals in a fair and ethical way.”

Leona is an inspirational speaker who conducts training courses throughout the Army Cadet Force as well as for commercial businesses. She is a founder of the Women’s Equality Party and her reputation means that businesses often request Leona as the keynote speaker for their Women in Leadership Programmes. She is therefore helping to nurture a positive, inclusive mindset that will help shape large parts of the British workplace for years to come.

The ongoing positive narrative allows Leona to extend support to women, LGBT+ and BAME communities, as well as people with additional needs, in a host of advocacy forums.

“She takes every opportunity to plant the seeds that will enable organisations to be inspired to set up initiatives of their own; she is a true inclusivity icon.” 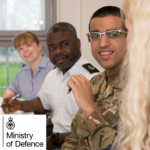 The MOD’s 30 Diversity Networks include those for race, gender, LGBT, faith, belief, parenting, youth and disability. They are formed by volunteers who are passionate about making a difference and achieving better representation for people who feel they are a minority in the workplace.

A new network is formed when someone feels that they can make a positive difference for their cohort. One example of this is how the Rasta Network has been able to modify the dress and beard regulations for their cohort. The Army BAME and Fijian Support Networks have just completed a series of roadshows to educate, inform and gather opinion from their cohorts in order to provide evidence of where change is needed. And the Humanist network has put on a series of talks by public figures to highlight what the network members believe.

“The effect that the networks have had on the workplace means that everyone can bring their authentic selves to work. People don’t have to be something they are not or hide what they are.”

Each network provides a voice on behalf of its members so that everyone feels heard and included. People may be juggling work, family, deployment and training activities at the same time as being part of a network, and this makes what they achieve for others even more commendable.

The networks broaden people’s understanding and open up dialogue so that the Military and the MOD civil service are more inclusive places to work.

“This is not their day job; they are not paid to do this work. They do this because they are passionate about making a difference for their members and to the workplace as a whole.”

Learn more about the Networks here. 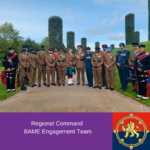 The Regional Command BAME Engagement Team’s work increases diversity in the Military and leads to a better understanding of the Army within ethnic minority communities. Its greatest achievements revolve around using the Army’s place in society to ensure that Black, Asian and Minority Ethnic (BAME) communities feel better connected to British society, and that the great contribution our ethnic minorities have made to British history and the country we live in today are recognised.

Specifically, the team’s role is to enable BAME communities to make informed choices about the British Army. Examples of its work include connecting Muslim communities to Remembrance, which has had a positive impact on the Royal British Legion.  Several events have been held with Hindu and Sikh communities, providing support for the military and reassuring those communities that the Army cares about their culture and their contribution.  And projects designed to improve the recognition of contributions to the British Army and society from people with an African or Caribbean heritage have been a great success.

“They live the Army values of selfless commitment and respect for others.”

“Their enthusiasm and passion for ensuring that BAME community get the recognition they deserve is humbling.”

Learn more about the MoD here.

Please remember to tag us in any social media posts about the superb 2020 Finalists, and we’ll retweet and share – giving you and your organisation, if relevant, extra exposure.

To see the impressive roster of Soldiering On Awards independent judges who had the difficult task of selecting this year’s Finalists, click here.