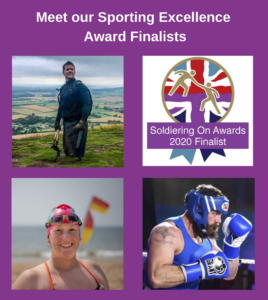 This Award honours a person or team that has overcome challenges, inspired others and demonstrated outstanding achievement in the field of sport.

The Award is generously sponsored by the Spectra Group. This organisation is a leading provider of secure voice, data and satellite communications, for locations with limited or compromised infrastructure. Spectra boasts an experienced, largely specialist ex-military team that understands the critical nature of providing reliable communications in remote and hostile areas. As a result, they operate in a proactive manner to resolve issues before problems arise.

“Spectra Group is proud to continue to support the Soldiering On Awards and the fantastic 2020 Finalists. The standard of nominees was again extremely high, and to be selected as a finalist is a tremendous achievement of which they should all be incredibly proud. It is the 10th year of these awards, and we are honoured to have been here since the beginning. All the finalists are real role models, not just for the Armed Forces community, but for the country as a whole. In terms of the Sporting Excellence category, which Spectra sponsors, Jody, Michael and James have overcome life-threatening situations and taken on physical challenges that majority of us would consider unachievable. They define inspirational.” Simon Davies, CEO, Spectra Group

The Finalists for the Sporting Excellence Award are: 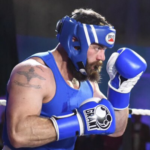 Mike Lewis, a former Corporal of the 2nd Battalion Parachute Regiment, suffered life-changing injuries in Afghanistan in 2008, resulting in a below knee amputation.

Mike overcame personal challenges in his determination to test himself and to show that disability does not preclude anyone from competing in mainstream sports and against able-bodied competitors. He chose to box, fighting successfully against able-bodied opponents. Last year, his sporting voracity saw him complete several mud runs, a half marathon, three boxing matches and a car rally.

In addition to the time he spends excelling at sport, Mike is a community fundraiser for the Royal British Legion (RBL). His tenacity, drive and commitment, combined with dedication, has inspired others and raised the profile of the RBL’s work. To date, Mike has raised over £25,000 for charity. He even set up his own Festival of Remembrance in Bedford, attracting 500 attendees and raising £7000. He also organises a fantastic annual Honour Walk.

“Mike’s amputation took place at the start of the Poppy Appeal one year, yet despite being in hospital on morphine, he continued to organise events and poppies from his bed!”

Mike has inspired many within the boxing world, leading to national recognition in the press and on BBC Radio 2. He is a superb role model and valued ambassador for the Royal British Legion, boxing and sport in general.

“Mike’s dedication to raise money for charity and to increase awareness on disability in sport is second to none.” 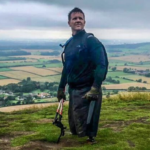 Despite losing both legs above the knee following an injury in Afghanistan in 2009, James Rose hasn’t allowed disability to hold him back. He also suffered a broken pelvis and tailbone, and required years of surgery, so medics feared he wouldn’t survive let alone go on to take part in numerous sporting events.

But, regardless of his injuries, after James had been medically discharged from the Army he took up rowing. This gave him a new lease of life and he became a Para-Rower in 2014.

“Despite losing both of his legs, his determination didn’t allow his disability to hold him back.”

Two accidents led to James’ diagnosis of PTSD and depression; first, his boat capsized during a training exercise and he almost drowned. Then he was knocked down and trapped under a car whilst training for a cycling challenge. However, James battled on and successfully participated in the Invictus games, winning a bronze medal for wheelchair basketball and a silver for sitting volleyball.

James uses sport to relieve his PTSD and build a stronger mind for a healthy future. He belongs to a basketball club and attends the gym daily, always continuing to be positive. His latest plan is to take part in the Hague 2020 Invictus Games, while supporting other people on their journeys.

“The adversity James has overcome to compete in many sports is a fantastic achievement.” 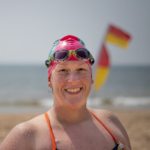 20 months after her diagnosis of stage 4 bowel cancer, following seven surgeries, 21 chemo infusions and over 2000km of training, inspirational Jody swam the English Channel to raise £11,000 for Blesma, The Limbless Veterans’ charity. She swam the 21 miles unaided, contending with strong currents, jellyfish and large ships to complete the challenge in 18 hours, 14 minutes and 30 seconds.

Jody swam for Blesma, The Limbless Veterans’ charity, because if they can give their all after sacrificing so much, she could probably manage a long swim.”

Jody’s drive and determination encompass everything it takes to be both a great sporting champion and a vital member of the Armed Forces community.  She loves to swim and is known to her friends as a singing mermaid! She is described as the most inspirational woman, a wonderful role model for other women and her children.  Jody is a huge advocate for bowel cancer prevention and raises awareness of its symptoms. She inspires everyone she meets.

“For military spouses… We have sacrificed so much for our serving partner’s career and it’s champions like this that show us that we can also achieve amazing things.”

Find out more about Jody here.

If you’ve been keeping an eye out in the press for news of the Finalists and you’re sharing posts on social media, please remember to tag us! We’ll happily share and retweet you, giving you and your organisation, if relevant, extra exposure.

To find out about the Soldiering On Awards Independent Judging Panel who had the tough task of selecting this year’s Finalists, click here.