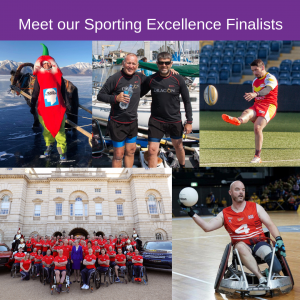 The Sporting Excellence Award recognises a person or team who has overcome challenges and demonstrated outstanding achievements in the field of sport. This Award is generously sponsored by Spectra Group.

This year’s Finalists are: 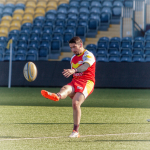 Despite suffering a traumatic brain injury and two perforated eardrums in Afghanistan, former Rifleman Craig has represented the UK in the Warrior Games in America, receiving international honours for England in the Deaf Rugby team. He runs several programmes at premiership club Sale Sharks, where he has actively helped more than 120 Veterans get back into sport. He also inspires others by telling his tale to athletes and Veterans. 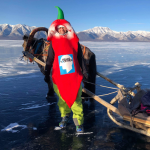 Sally’s passion is to change the conversation on mental health.  She manages mental illness through sport and raises a smile, money and awareness for military charities. Last year, Sally ran a marathon on every continent, cycled the length of New Zealand and is currently organising and leading the first British female team of wounded injured and sick cyclists in the 2019 Race Across America. 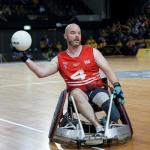 RAF Senior Aircraftsman Michael Mellon was injured playing rugby for RAF Honington in 2001, resulting in his lower left leg being amputated. Michael worked hard to regain his confidence. He returned to sport, where he competed in the Invictus Games in 2017 and 2018, proudly gaining several Silver and Bronze medals. Michael is now looking at how he can help others turn their lives around through sport. Learn more here. 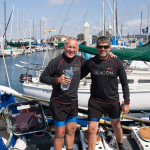 Last Summer, only three teams competing in the World’s Toughest Rowing Race made it to the finish line – one being blind former Royal Marine Steve ‘Sparky’ Sparkes and his mate Mick Dawson. The race put Sparky in the record books as the first blind person to row the Pacific Ocean, taking 82 days to complete the 2,400 nautical mile route, unaided and raising several thousand pounds for charity. 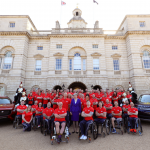 The UK Team at the 2018 Invictus Games Sydney was a group of inspirational and determined human beings who represented their country. The team of 72 competitors strived to overcome mental and physical wounds, injury and illness to achieve excellence in their field. The word “Invictus” means “unconquered”: it personifies what can be achieved post-injury and demonstrates that anything is possible. They are Invictus! Learn more here.

As always, you can see our full list of Finalists in each category here, and don’t forget to sign up to our newsletter (if you haven’t already!) for regular updates on Finalists and the upcoming Awards Night – which promises to be an amazing evening that you’ll remember forever!