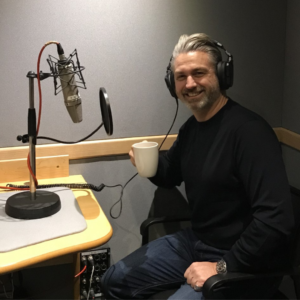 To kick off Mental Health Awareness Week, the team at X-Forces Enterprise has been chatting with former Rifleman Tom Fox, founder of Thoughtify Ltd, a mental health training service for businesses.

Tom served in the British Army for 12 years. After some difficult experiences in the Army and upon leaving, Tom was diagnosed with post-traumatic stress disorder (PTSD). Unfortunately, Tom encountered various difficulties in obtaining the correct diagnosis thus receiving a lack of support when he needed it most. However, he turned his experiences into positivity and set up Thoughtify to prevent others from facing a similar situation.

Thoughtify provides mental health and wellbeing training to businesses, encouraging them to safeguard employee mental health, understand the effect it has on employees and showing how to support those who may require additional support.

Tom initially approached X-Forces Enterprise through its Help for Heroes Business Experience programme with his inspirational story and a determination to make his business succeed for the good of others.

Why does Mental Health matter?

Tom says, “I know how debilitating mental illness can be. It ruined my career and changed my life. The really annoying thing is, I know now that with a little bit of prior education about mental health, either I or a colleague at work could have easily spotted the signs that I was unwell, and I could have got the right support to manage my illness at a much earlier stage. If that had happened I would never have got to the point where going to work became an impossibility.”

Helping others through mental health

With a strong desire to raise awareness about supporting individuals through mental health issues, Tom received support from various military charities and organisations to help set up his business – including SSAFA, The Royal British Legion, Help for Heroes and X-Forces Enterprise.

Tom acts as a representative across various forums to advocate on behalf of the Armed Forces community. He is a plenary speaker for Mental Health First Aid (MHFA) England, an Ambassador for SSAFA and Combat Stress and a member of the NHS Armed Forces Mental Health Working Group. Tom was also featured by XFE Corporate partners Sage as an Invictus Games #Power50 business.

Tom is also an active member of the NHS Armed Forces Mental Health Working Group and the Public Patient Participation Involvement Group, both of which serve a key role in advising the NHS on how to provide specialist services for the Armed Forces community.

“There are some really, excellent changes being made with regards to long term health provision for serving and ex serving members of the armed forces and their families. Having both direct input plus the ability to provide guidance to the NHS and MOD decision making team will, I hope, help lead to better care and service in the future for all members of our Armed Forces Community.”

Thoughtify also delivers mental health training to larger corporate businesses, such as Virgin Atlantic Airways, and will be delivering an MHFA training course for managers at MAERSK, the world’s largest shipping company and other corporates.  The team are also associate trainers for the Defence Medical Welfare Service and will be delivering a series of MHFA courses for the NHS SW Ambulance Service on their behalf.

In the spirit of building new relationships, Thoughtify will also be holding their own open course at the Union Jack Club in London for a range of different businesses to reach as diverse an audience as possible. The feedback received by Thoughtify’s customers has been excellent, praising the professional service they have received from Thoughtify and echoing how valuable employee mental health and wellbeing is for businesses.

Thoughtify has plenty of courses, interest and opportunities to keep them busy over the next few months, and it all goes to prove that planning, determination, knowledge, integrity, and fortitude (qualities that are common to all forces personnel), are strengths that really pay off in the business world.

How you can support Mental Health Awareness Week

This week, Tom is managing the @NHS Twitter account.  As part of this, he will look at:

You can find out more about Thoughtify here.