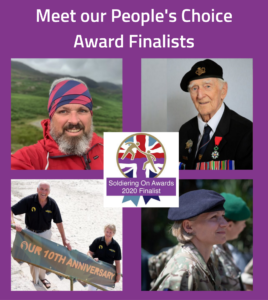 We’re delighted to present the incredible Finalists for this year’s People’s Choice Award.

These Finalists have been selected by the Independent Judging Panel from nominations across all Award categories as shining examples of everything that the Soldiering On Awards represent. These outstanding Finalists represent the spirit of the Armed Forces Community and we invite you to read their stories, watch their videos and decide who you will vote for!

The winner of this category will be selected by public vote – so your say counts.  Read on to find out what makes these four Finalists worthy of your vote, watch their videos and then click on the link to vote for your favourite. Voting goes live on 20th February, and closed on 4 March to be announced at the Soldiering On Awards on 24 April.

This Award is generously sponsored by Oracle. The UK arm of this global company sells database software and technology, cloud engineered systems, and enterprise software products – particularly its own brands of database management systems.

“Oracle is proud to support the Soldiering On Awards through the People’s Choice Award public vote. Each Finalist is a shining example of this amazing community and a vote for any of them is a clear message of overall support for the ethos and spirit of the Armed Forces community that they represent. They are all winners in their own right and I encourage everyone to take a moment to hear their stories and vote!” 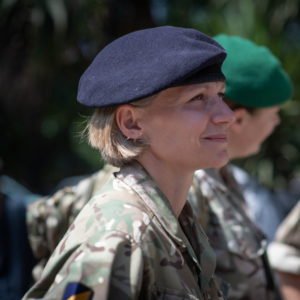 Lt Col Deborah Taylor was the mastermind of the first Science, Technology, Engineering and Maths (STEM) career fair in 2018, which took place at the Royal Military Academy in Sandhurst.  Debs led the planning, execution and successful delivery of the event on behalf of the British Army and in support of the government mandate to name 2018 the “Year of Engineering.” She aimed to raise awareness of the importance of changing the conversation for young females and their future career choices. 900 girls from schools all over Britain were inspired by role model speakers, industry partners and the Army.

In 2019, the second fair saw 2,000 school-age children from diverse backgrounds motivated by the event.  The cross section of schools and students was representative of every community, race, ability – both physical and mental – and wealth from all over England, with schools travelling to the event from Northumbria to Devon and from Wales to Kent.

“Debs’ passion for inclusivity and diversity in STEM has started a new trend, both within the Army and in the industry overall, that is set to grow year on year; the ripples of her successful efforts are reaching wide and far, she is turning the tide!”

As well as convincing 52 industry partners to volunteer their time and equipment to inspire and attract young talent into STEM, Debs also convinced many of them to sponsor transportation for disadvantaged schools. Marvellously, she also succeeded in organising and delivering a seamless visit to the event from HRH Princess Anne! Over half of the attendees at this event were girls, proving that Debs is bridging the gender gap whilst inspiring them to become our engineers, scientists and technologists of tomorrow.

“Not only was she clear on a vision, but she was able to communicate it brilliantly so that all 52 industry partners wanted to get behind her and not let the side down. She has absolutely displayed the virtues of a true leader.” 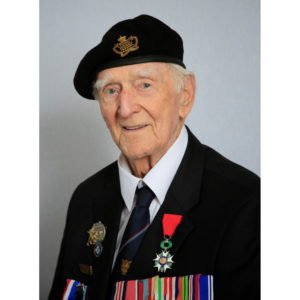 Hector is universally admired and his work and courage have been honoured with several awards, including a Military Medal for Gallantry in 1942, for his outstanding courage in Tunisia. In more recent years, he has been awarded both the Tynwald Honour, a medal that demonstrates an outstanding and selfless contribution to Manx life over a significant period of time, and the Manx Lifetime Award. In addition, Hector proudly received an Empire Medal (BEM) three years ago, followed by the Legion d’Honneur and an OBE. Most recently, at Hector’s 100th birthday celebrations at Government House, he was awarded an additional Special Veteran’s UK Commendation. 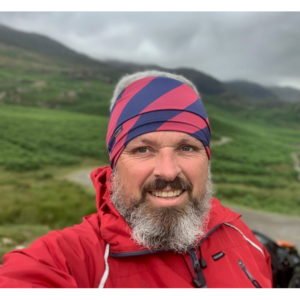 Employed as the Grenadier Guards Association Casualty Recovery Officer, Matthew Ellmer travels all over the UK to support the bereaved families of Grenadier Guards killed in action. With complete empathy, he embraces their raw emotion and offers bereavement care. Involving bereaved parents under the umbrella of the Grenadier Guards family ensures that their sons’ memories are kept alive.

A former Grenadier Guard himself, Matthew is heavily involved with wounded Veterans, including double amputees and those who have mental health issues due to the horrors of conflict. Matthew travels all over the UK to visit the people on his books, to offer support and a rapid response to those that need immediate attention. He visits all Veteran Grenadier Guards who need his help, including those that are serving or are in prison.

Matthew has encouraged and supported Veterans with severe PTSD to set up their own businesses; and for those less able, he provides unrivalled support and care. His caring, compassionate and selfless commitment helps and encourages countless Veterans and families. He is credited with saving the lives of people suffering from mental issues by empowering them and giving them back a reason to live.

Matthew has a genuine love of helping the families and his Guards brethren. His rewards come from seeing his Veterans improve, live, prosper and enjoy life again, and from the great bond he has created with bereaved families. These families have now become his wider family, and he balances his own personal life and family despite spending long periods away from home.

“He brings all these people together as one big family. They are incredibly lost without his caring, compassionate and selfless commitment.”

Matthew is a major fundraiser for the Grenadier Guards Association, organising sponsored activities for Veterans, raising awareness and enabling the Grenadier Guards Association funds to support its members.  He regularly organises sponsored challenges and involves wounded and disabled Grenadier Veterans as well as bereaved families. These challenges have included climbing Scafell Pike, Ben Nevis and the Three Peaks Challenge. They attend the Queen’s Birthday Parade and, in doing so, bereaved families proudly shine the light that their sons can no longer do.

“A man whose integrity, compassion and selfless commitment to serve others is beyond comparison.” 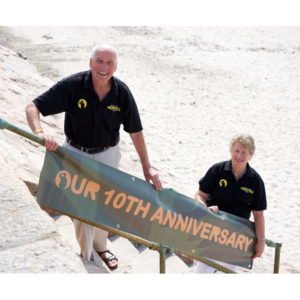 In 2008, Richard and Dawn Woodhouse invited two injured soldiers to stay with them for a week’s holiday. Since then, the couple have welcomed hundreds of guests – Veterans and their families – to their home in Jersey.

Building their charity, and with support from the wider Jersey community, the couple enable guests to enjoy the pleasures of Jersey whilst creating lifelong friendships with other Veterans and their families. Thanks to their fellow islanders, guests are offered preferential rates for accommodation, with lovely benefits including tours of the beautiful island, a day’s car service with their own driver, a motorcycle ride, alternative therapies for both the Veteran and their partner, and a gala dinner.

“It is not just the kindness of strangers that impacts our Veterans. The experience helps both them and their spouses share experiences with fellow sufferers, and once again rekindles the unity which is difficult to achieve outside of the Armed Forces.”

The impact that Richard and Dawn have made on their guests is tremendous.  They work tirelessly to ensure Veterans are treated with the respect and kindness they deserve, leaving a lasting effect on many who may otherwise feel isolated.  They have created a forum through which residents of an Island which is acutely aware of the sacrifice of our Armed Forces, can give back to those who have served. Whether it is the hotels that offer preferential terms, the bikers and local people who take the Veterans and their families out for rides, or the local businesses that provide complimentary services for guests, it is the charity that Richard and Dawn have fostered which makes all of this possible.

And importantly, lifelong friendships between the Veterans and their families are created during their stay, providing support from people with shared issues who understand what each other has been through. Although a week’s holiday may seem insignificant, it can have a lasting effect on members of the Armed Forces who may otherwise feel left behind and isolated.

300 people are currently booked in for 2020, this special year celebrating the 75th Anniversary of Jersey’s Liberation and of V.E. Day.

“There are clear short- and long-term benefits for both the guests and those Islanders who are fortunate enough to make their acquaintance, which ensures a healthy respect and regard for our Armed Forces.”

Find out more about the amazing 2020 #SoldieringOnAwards finalist here

Remember to tag us in any social media posts that you share about any of the amazing 2020 Finalists. We’ll happily retweet and share – giving you and your organisation, if relevant, extra exposure.

To find out about the Soldiering On Awards Independent Judging Panel who selected this year’s People’s Choice Award Finalists, click here.