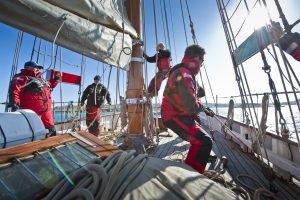 At out recent reception at the House of Lords, four of the finalists were recognized in the Healthcare & Rehabilitation category, made possible by award sponsor Redwood Technologies Group.

“The armed forces perform a crucial role in our society, and it is therefore a privilege to support them in whatever way we can,” said Martin Taylor, CMO and Co-founder of Redwood Technologies Group. “The sustained growth enjoyed by this company and others in the UK is only possible thanks to the determination of our valiant armed forces and the security they afford us.”

The finalists for the Healthcare & Rehabilitation Award are: 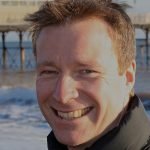 * Dr Roos Allsop – After serving as a Medical Officer in the Royal Navy for 15 years Roos was medically discharged but his commitment to support the military never dwindled. When he couldn’t operate on the front line he chose to serve those in recovery as a Civilian Medical Practitioner. For the past 4 years as a Doctor in the Naval Service Recovery Centre Hasler, Roos has been instrumental in the successful recovery of some of the most complex cases of injury and illness in the Royal Navy and Royal Marines. 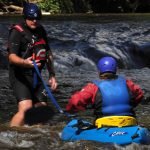 * Mr Ash Clare – A founding architect of BattleBack, Ash has dedicated the last eight years supporting wounded, injured and sick personnel from across the Armed Forces, including the reserves. To date, the Battleback programme has supported over 1500 individuals through activities such as sailing, swimming, cycling, rock climbing, horse-riding, water-skiing and alpine skiing. Through the use of Adaptive Training and Sports as a vehicle for Rehabilitation, Battle Back programmes are designed to promote confidence and independence and help accelerate physical, psychological and social recovery throughout the duration of recovery. 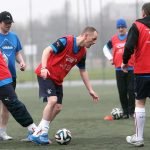 * Glasgow Veterans United – Aimed at those struggling with mental health issues, addictions or social isolation, Glasgow Veterans United developed a course to teach participants to address any negative attitudes and show how their actions affect not only them but their families and friends. Participants talk among peers in a safe environment before channelling their energy into exercise through football coaching which assists them in acquiring the skills to achieve a SFA Level 1 coaching certificate.

* Turn to Starboard – Providing sailing opportunities for military veterans medically discharged due to physical/mental injuries, Turn to Starboard (T2S) offers comradeship and a supported route through RYA courses up to Yacht Master and Cruising Instructor to qualify veterans for employment in the marine sector. In 2016 T2S ship Spirit sailed round Britain with a crew of 40 veterans on a challenging two-month voyage.

“These most prestigious awards recognise the tremendous achievements of both serving and former members of our armed forces, and some of the many contributions they make to defending and maintaining society,” continued Taylor. “The ceremony itself promises to be no less inspiring, and I would like to draw particular attention to the sheer quality of all the candidates – not only the finalists – and their incredible achievements.”

The Soldiering On Through Life Trust encourages support for the UK’s Armed Forces Community by nationally recognising the achievements of groups or individuals supporting this Community through the annual Soldiering On Awards.