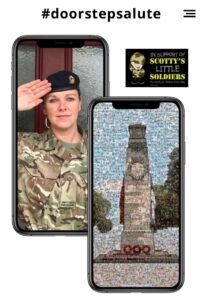 Coming together through one of our virtual winners’ ceremonies this year, Nikki and Sally became connected when Sally was sadly unable to attend her ceremony, instead being represented by her sister Claire, who told us Sally was unwell & struggling with her own mental health. Upon hearing this, Nikki, along with SOA finalist Lee Spencer and special guest WO1 Glenn Haughton OBE all reached out to Sally through messages of support. It was incredible to hear how our SOA community got behind Sally, and now even more so seeing the unity and support they’re showing through this incredible #doorstepsalute campaign.

Nikki Scott’s charity, Scotty’s Little Soldiers, the charity for bereaved British Armed Forces children, has been chosen as the beneficiary of the inaugural #doorstepsalute campaign, led by the Army Cadet Force (ACF) and The Remembrance Penny, to mark 100 years of the Cenotaph.

As the focus for the nation’s Service of Remembrance, the Cenotaph holds a special place in the heart of the whole country, and this year we honour its centenary.
With celebrations stripped back this year, the ACF and The Remembrance Penny joined forces with The D-Day Darlings, The D-Day Juniors, and Britain’s Got Talent winner, Colin Thackery to encourage the country to pay tribute to our fallen heroes with a salute on their doorstep.

The #doorstepsalute campaign launched on Remembrance Sunday (8th) and saw thousands of people, both young and old, get involved by uploading their #doorstepsalute photos to social media to pay their respects.

Due to its success, and with the Cenotaph being closed to the public for the first time this Remembrance, The Remembrance Penny has decided to extend the campaign to give more people the opportunity to become part of history, while also raising much needed funds for charity.

Between now and Friday 4 December, the organisation is asking the country to show their support once again by uploading their #doorstepsalute photos to the campaign website to become part of a one-off, limited-edition centenary Cenotaph mosaic. 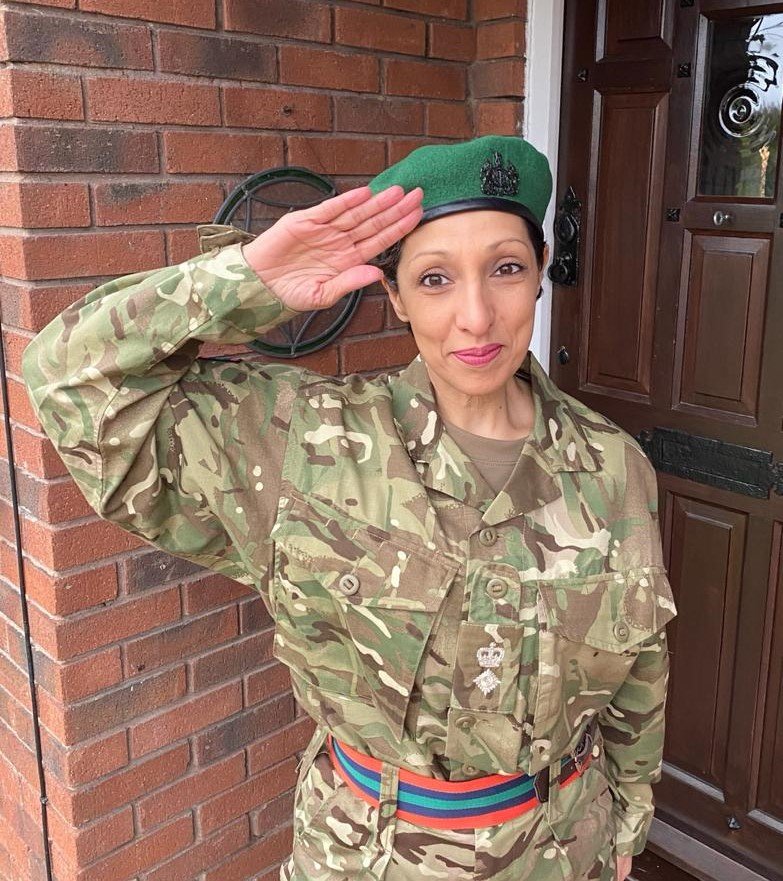 Lt. Colonel Ren Kapur MBE, Chair of Soldiering On Awards, said “What a fantastic thing that two of our Soldiering On Awards 2020 winners are coming together on this incredible project, showing the strength and togetherness of our community. We are delighted to be a part of this campaign, and seeing how far the support has spread on social media already is incredibly touching. The message is clear: let’s support our community – we will not leave anyone behind. We may not have been able to meet at the cenotaph, but we can and should still band together to make a difference within the Armed Forces Community.”

We urge as many people as possible to get involved with this campaign, it’s for an incredible cause and the stories being shared from across the community show the impact this can have on our society.”

The mosaic will depict the iconic Cenotaph and Remembrance wreath and will bring together thousands of individual photos, each with the same purpose – to remember those who made the ultimate sacrifice for our country – and in doing so building a lasting connection with the military.

Placed at the centre of the Cenotaph wreath, within the mosaic, will be an image of RAF Cadet Taeghan Gordon, a young RAF cadet who was cruelly mocked for wearing her cadet uniform to school on Armistice Day. Photos of the bereaved Armed Forces children, supported by the campaign’s charity beneficiary, Scotty’s Little Soldiers, will also sit within the centre to reinforce the strong bond created within the military community.

Soldiering On Awards 2020 Inspiration Award Winner, Sally Orange, told us how she reached out to Taeghan when she heard about Taeghan’s experience at school, offering a shoulder to lean on. 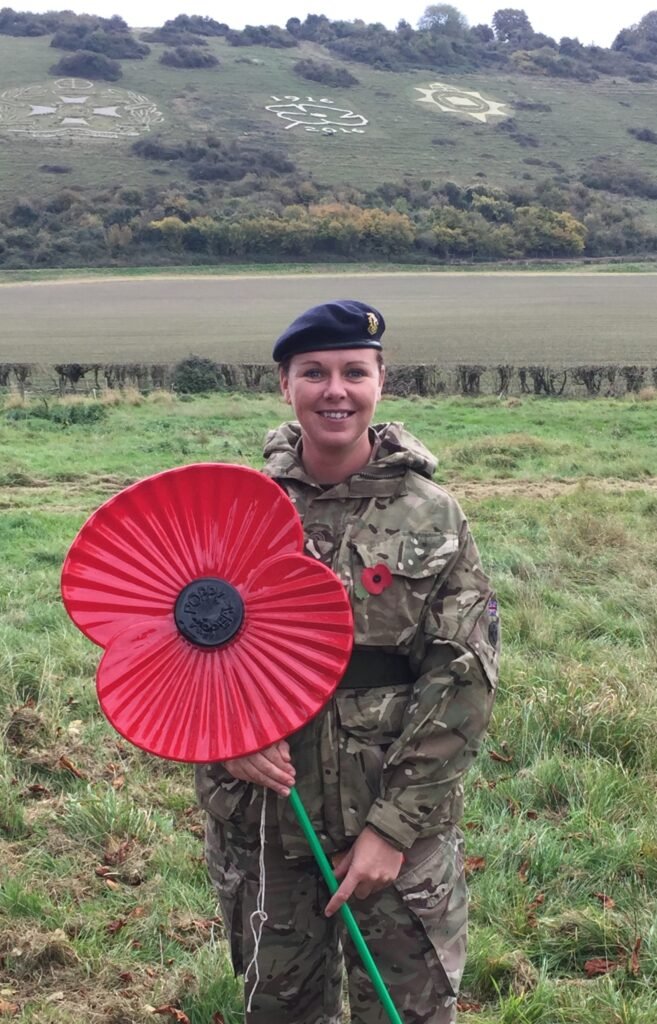 Project lead, ACF National Ambassador Sally Orange said: “I am always incredibly proud and thoroughly impressed with both the cadets and adult volunteers with how well and quickly they react to any given situation. The response to this project has been fantastic, but we know there is so much more to come. This is the perfect opportunity for not only the Army cadets, but all cadets across the UK to come together alongside the wider military community and demonstrate how powerful the cadet spirit is.”

The final mosaic will be placed in iconic locations with military links to commemorate the centenary. A framed, digital, or printed photo of the mosaic featuring an enlarged image of each individual will also be available to purchase online from 7 December. All profits will be donated to Scotty’s Little Soldiers.

Discussing why the charity was selected, Sally added: “This project brings people together and, in turn, develops the feeling of ‘being’, being part of something, a family network that is always there. We have the best Forces in the world but serving all around the world sadly comes at a cost. Unfortunately, we lose some of our people, mums, dads, brothers, sisters etc. The fall-out from this is that children are left without a parent, and once that happens, they can lose links with the military family that has always given support. Scotty’s Little Soldiers seemed a natural fit to benefit from the project as they help these children overcome any feelings of being left behind, lost, disconnected and bring them back into the fold, making sure they grow up knowing they and their loved ones are not forgotten.”

The charity, which was founded in 2010 by war widow Nikki Scott, offers integral support to hundreds of bereaved Armed Forces children across the UK who have lost a parent who served in the Armed Forces.

Nikki set up the charity after her husband, Corporal Lee Scott, was killed in action in 2009. Nikki saw the devastating impact on their two young children and wanted to help others in the same situation.

The charity arranges for bereaved Forces families to go on respite breaks, organises special events, sends presents to the children at extra difficult times of year, offers wellbeing care, as well as educational support and grants. Being part of the Scotty community reminds hundreds of bereaved Forces children they are not alone. 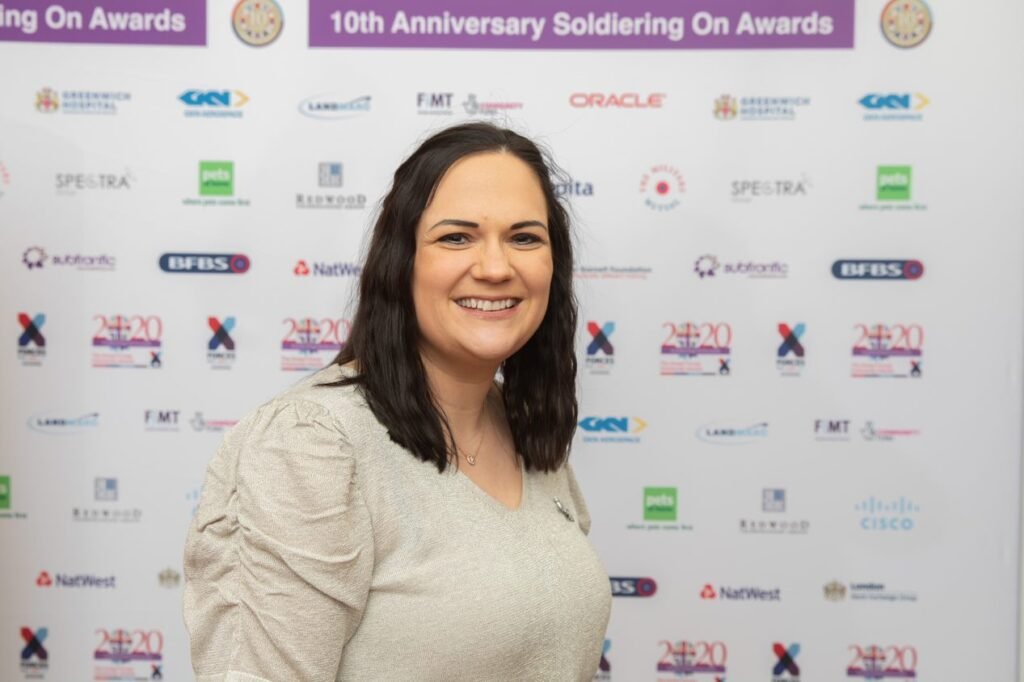 Nikki said: “We’re honoured to have been chosen as the beneficiary for this historic campaign. The Cenotaph is an iconic monument that means a lot to the military community and beyond and using its centenary to bring the country together for one purpose is incredible. For many of our members, after losing a parent they also feel they lose their connection with the military. So, having the opportunity to be part of something that will form part of our military history, as well them being placed at the heart of the wreath alongside other members of the Forces community means such a lot to them.

“This year has been difficult for everyone, especially our members. Having already lost a parent, the fear of losing another has been prevalent amongst many of the children we support. So, ensuring we’re continuing to do what we can to raise funds is more important than ever, and the money raised from the #doorstepsalute will go a long way in helping to do that.”