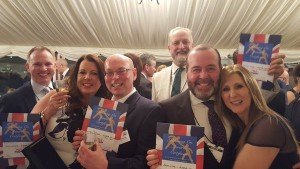 It was a night to remember as the Soldiering On Awards honoured its 2016 Finalists with a champagne reception, sponsored by Taittinger.  The event took place on Monday, 29 February in London hosted by the charity’s patron, Lord Astor of Hever DL, who welcomed the 175 attendees to the Cholmondeley Room of the House of Lords.

“It is befitting to host this reception here, at Parliament, as the Soldiering On Awards is not only about the Armed Forces but about the community it serves.”

Community continued as the theme of the evening as General the Lord Dannatt, chairman of this year’s judging panel, addressed the audience.

“The common thread that links our nine award categories together is the support we give to one another.  I have seen time and time again successful transitioning for military personnel and their families is directly related to the support they receive from us – their community. 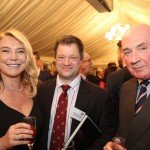 Actress Amanda Redman, of the BBC television series New Tricks, was on hand to read the roll call of this year’s award finalists and 2015 Soldiering On Awards winner Andy Reid spoke on how he felt to be nominated last year. 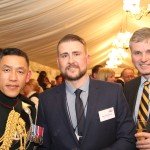 “Straight away I felt a massive sense of pride and achievement but at the same time overwhelmed that I had been put forward for this award ahead of other people I know who have been on a similar journey to me.” 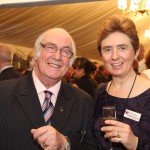 The 2016 Soldiering On Awards will take place on Friday, 22 April at the Park Plaza Westminster Bridge Hotel, London.   For information on tables contact Anne Donoghue at anne.donoghue@soldieringon.org 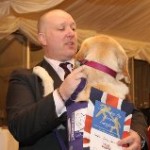 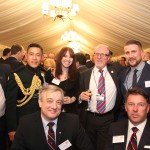 The Soldiering On Through Life Trust’s aim is simple:  To encourage support for the UK’s Armed Forces Community by nationally recognising the achievements of groups, individuals and organisations that support this community through the annual Soldiering On Awards.

With thanks to Dennis Gimes (c)  for the photographs.