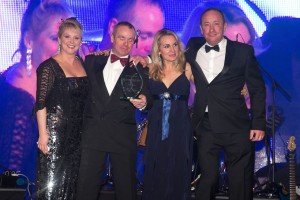 The Trustees want to thank the many guests at the 2014 Awards ceremony who ‘dug deep’ to help raise additional funds.   A staggering £30,000 was raised on the night from the auction and raffle – which will be used to launch next year’s awards and be shared among the Armed Forces charities that nominated the inspirational people who won Awards this year.

and was pivotal in putting together the 2014 Soldiering On Awards.

It was an incredibly humbling evening and the Trustees would like to thank all those who supported the 2014 Soldiering On Awards.