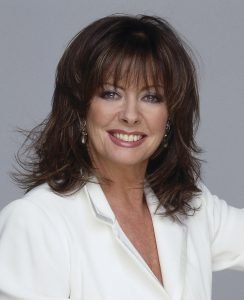 We are delighted to announce that actress Vicki Michelle is now an official Soldiering On Awards Ambassador.

Vicki has supported the charity for some years, and is now a formal ambassador, set to present an award to a deserving recipient at the next Soldiering On Awards Ceremony on 24th March 2017.

Vicki enjoys an extensive career in television, theatre and film, and is an acclaimed musical performer.  During her long and versatile career she has also worked with some of the greatest names in British comedy.

We’re absolutely thrilled that Vicki is supporting Soldiering On!