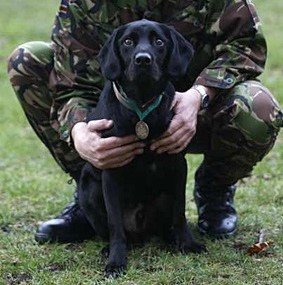 Vote for the most inspirational story with Pets at Home and the Sunday Express!

We are pleased to announce that voting is now open for the 2017 Pets at Home Animal Partnership Award through our media partner, the Sunday Express.

Five award nominees were selected as finalists by the Awards’ Independent Judging Panel Co-Chaired by General the Lord Richard Dannatt GCB CBE MC DL. and Debra Allcock Tyler CEO the Directory of Social Change The winner will be announced at the 2017 Soldiering On Awards on Friday, 24 March in London.

“Pets at Home is delighted to be associated with these awards which demonstrate what a huge difference animals can make to the lives of military personnel during and after service as well as to the lives of countless communities,” said Gavin Hawthorn, Group Director, CRM, for Pets at Home.

You are invited to read the finalists’ nominations and hear their stories, by visiting www.express.co.uk/animalaward.

Jock Hutchinson & HorseBack UK – Jock Hutchison set up HorseBack UK when he was made aware of sixteen young marines that had been injured in Afghanistan. He thought it would be a great idea to get the lads up to the farm for a while to get them away from the clinical part of their recovery. Today, HorseBack UK is a unique charity delivering mental and physical rehabilitation to predominantly military personnel via horsemanship and outdoor activities.

Dave Heyhoe and Treo DM – Dave, a military working dog handler, and his partner Treo, an arms and explosives search dog, saved many lives during their tours in Afghanistan. But their work didn’t stop there. After coming out of the British Army in 2009, Dave and Treo gave talks at schools and supported various military charities. In 2010 Treo was awarded the Dickins Medal, considered the equivalent of a Victoria Cross for animals. Sadly, Dave lost his partner in October 2015. However he is setting up a memorial in memory of Treo and in recognition of the great work and sacrifice by all military dogs.

Veterans with Dogs – recipient Craig MacLellan credits Veterans with Dogs for his ability to get on with “life as normally as it can be with invisible wounds.” In his nomination Craig went on to say: The residential courses let you know you’re not on your own. You get to meet people going through exactly the same as you. There is no other charity like this in the UK for veterans and they need all the recognition for their amazing efforts.”

BRAVEHOUND Project – Glen Art’s BRAVEHOUND Project provides both companionship dogs and training for veterans. They recognise that the impact of loneliness and isolation some veterans can experience when leaving the armed forces, particularly veterans who carry the invisible wounds of war, Post Traumatic Stress Disorder. The round the clock companionship, and loyalty that a dog can bring can transform lives. One veteran described the benefits: “I used to stay in, never go out or talk to anyone, just get my shopping and get back. Now I’m out three times a day, chatting, talking to people. We talk about anything, ordinary things, about dogs, I feel normal again.”

Vote now for the finalist you think deserves to win!