The Soldiering On Chairman, Wing Commander Tal Lambert MBE, is joining 16 others (include his wife Yve) to support one of our Award winners to have a final operation to remove excess skin on his road to recovery after suffering from Post Tromatic Stress Disorder (PTSD).

Please support Tal by donating via the Just Giving link below.

See ‘Kilimanjaro Summitted’ for the details of the climb.

When Franco was told he had 6 months to live he decided to make the change to his life and lost the weight he had gained and became a fitness instructor and lifestyle coach to help others lead a healthy life. 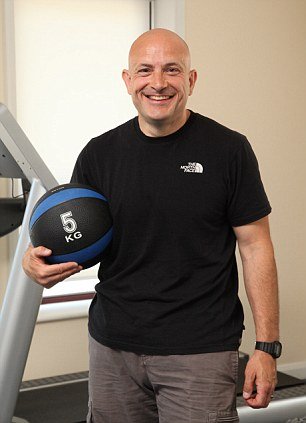 The final surgery required to remove the extra skin that Franco developed during his illness, is not eligible to be removed under the NHS, leaving the only option open to Franco to pay to recieve private treatment. Franco is leading this expedition to raise the funds required to allow him to return to a normal life and keep helping others.

The team are aiming to raise £2000 each to make a real difference to Franco’s life, all the extra funds raised will be split between the following three charities; Soldiering On, Combat Stress & Vision 2020.

Please support Tal, Yve and the Kilimanjaro team to raise funds for Franco’s operation, and the other charities to keep supporting by donating via Tal’s Just Giving page link here

Many thanks for your support.