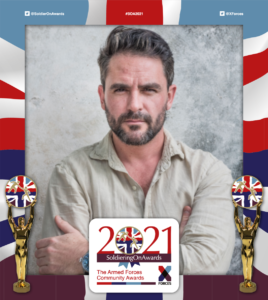 We are thrilled to announce that the best-selling author and film-maker Levison Wood has joined the Soldiering On Awards family as our Ambassador for the Animal Partnership Award.

A former regular officer in the Parachute Regiment and a serving reservist, multi-talented Levison is a British explorer, writer and photographer – with eight best-selling books under his belt! He is a keen conservationist and an ambassador for several charities as well as an elected Fellow of the Royal Geographical Society, and of the Explorers Club.

Levison has produced a number of critically acclaimed documentaries which have been aired around the world, including the popular Channel 4 series ‘Walking with Elephants.’  His epic 650-mile journey followed the annual migration of Botswana’s elephants, with Levison encountering elephant orphans before going in search of a herd to follow. 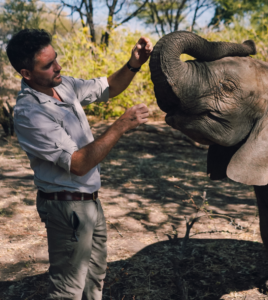 We haven’t yet had any elephants nominated for a Soldiering On Award, but you never know… In the meantime, if you are aware of any animal that you feel deserves recognition for its support to the military family, or a person or group that works tirelessly with animals and is linked to the Armed Forces, now’s the time to tell us.

You can find out more about the Animal Partnership Award and see some of its previous winners here.