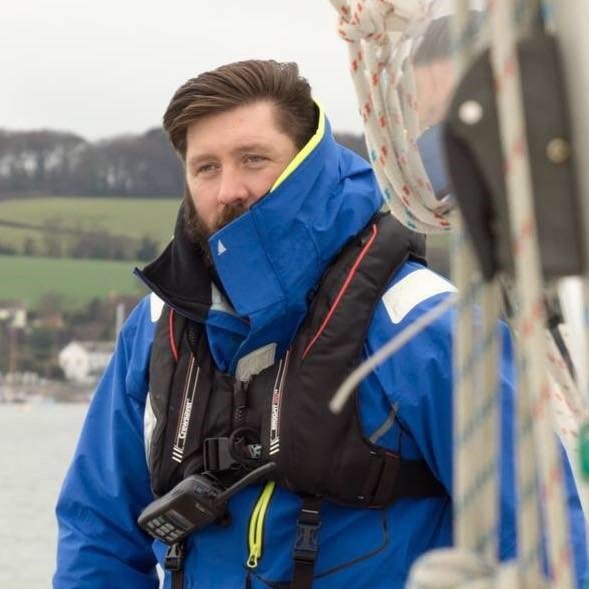 Dan Fielding was medically discharged with a back injury from the Royal Marines in 2008 and was reaching the depths of despair.

Dan spent several years ‘just drifting along’ and began to struggle with his mental health. He ended up needing treatment and took part in a veterans’ support group.

It wasn’t until 2015 that Dan managed to turn his life around after he was introduced to the Cornish sailing charity Turn to Starboard. The organisation helps injured veterans by teaching them to sail and help start new careers in the marine industry.

Dan immediately fell in love with the sport of sailing and found the calming effects of the sea beneficial to his physical and mental health. Within 3 months he had passed the Day Skipper exam and proved his capability to safely skipper a small cruising yacht. Just two months later and showing an incredible learning ability and determination, he qualified as an RYA Yachtmaster.

As his new sporting career progressed, Dan was offered a permanent role as a sailing instructor with the charity to teach other injured veterans how to sail. Last year he was appointed second-in-command on the charity’s Round Britain Challenge, sailing 2000 miles around the British Isles miles with 38 other injured veterans on board a tall ship to help participants re-engage and gain new skills.

His success has been achieved through personal sacrifice and tireless dedication, far exceeding that expected in his role. Dan’s impressive efforts in the sport has helped countless other veterans suffering with physical injury or mental trauma and he is regarded by many as an influential role model. 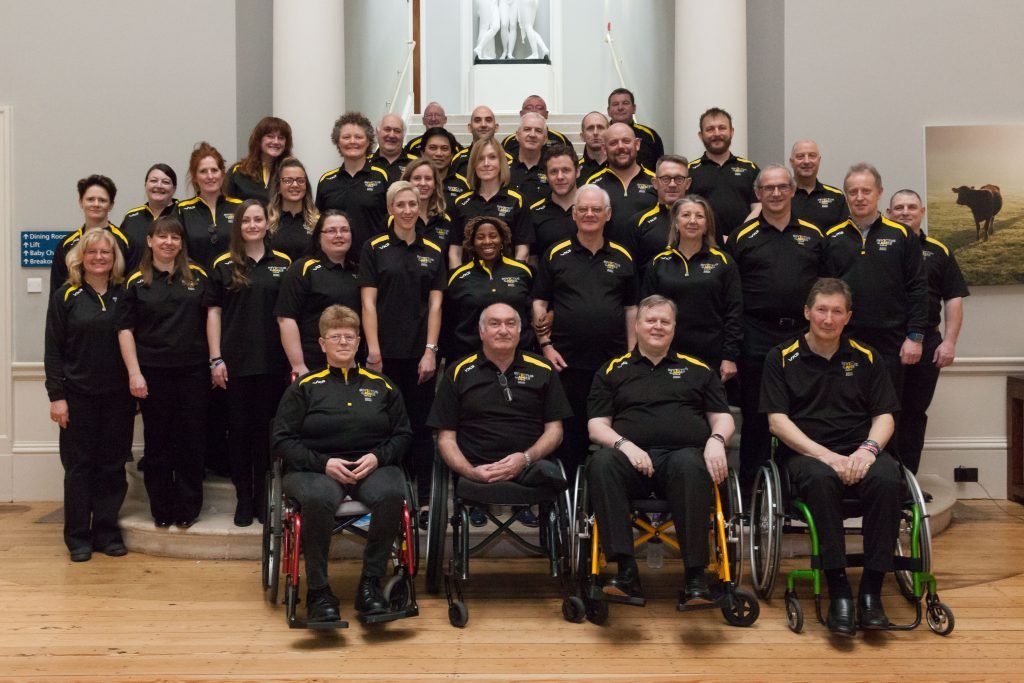 Charley Tysler recognised the power of singing as an amazing healing activity that was aiding her personal recovery.  After sustaining an injury during her time in the Royal Navy, she found that participating in the Invictus Games Choir during the 2016 Invictus Games gave her a remarkable sense of purpose, companionship and happiness.

To ensure that other wounded, injured and sick Serving Personnel and Veterans could reap the same benefits, Charley and Allie Bennington (Help for Heroes) worked with the MOD and Help for Heroes to promote singing as a valuable recovery activity.

Both Allie and Carolyn Crissman (Help for Heroes) have volunteered countless hours to provide the energy, support and dedication needed to make the Invictus Games Choir a successful and sustainable recovery activity. Their determination has seen the choir grow from 12 members just 14 months ago, to infinitely benefiting the lives of 60 wounded, injured and sick Serving Personnel and Veterans.

Being a part of the choir encourages the unique military camaraderie that so many of its members thought they had lost post- Service, while rehearsals and performance opportunities build confidence and provide a creative outlet to help them along their recovery journeys.

As well as supporting its members, Help for Heroes promotes the choir as a unique way to reach out to those who have not yet accessed support and may be suffering in silence.

The dedication of Charley, Allie and Carolyn has enabled more than 60 wounded, injured and sick Serving Personnel and Veterans to continue Soldiering On towards their full potential and look forward to recruiting many more. 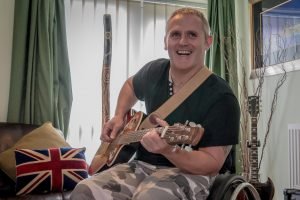 Luke Delahunty had barely started out in life when a motorbike accident changed it in an instant. Paralysed from the chest down, Luke faced having to rebuild his life at just 24 years old. He was eight years into a career as a gunner with the RAF Regiment and had seen tours in Germany, Northern Ireland and Cyprus.

The incident ended Luke’s military career and months of painful recovery in hospital followed. But Luke found a light in the darkness of his paralysis and began to take part in sport as part of his treatment. He took up hand cycling, rowing and wheelchair rugby. Luke turned his anger at having his career cut short and his life changed forever into a force for good, achieving selection to the UK Team for the Invictus Games, not once but twice.

But it’s Luke’s work with young people facing the same bleak diagnosis which stands him out as an inspiration to others. He became a mentor for people suffering with spinal injuries at the National Spinal Injuries Centre in Stoke Mandeville Hospital. He sought out those who were overwhelmed by the unexpected turn their lives had taken and made sure the journey was a little easier with him by their side.

Luke also visits schools and gives talks to young people demonstrating how to overcome adversity and achieve your goals. He has become a positive role model for the children who are taught what it means to be a wheelchair user and the opportunities available. 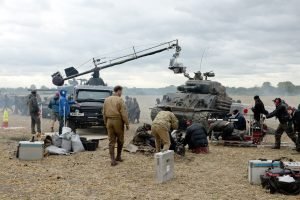 Services To Film provides ex-service personnel to the entertainment industry as extras and Military Advisers, providing employment for veterans and simultaneously raising money for service charities.

Since 2014, Services To Film has worked on some of the biggest films and TV shows made in the UK, including the Star Wars franchise.

During this period, Services To Film has employed over 700 veterans. Some have worked on numerous projects and become regulars, working around their other jobs and self employment, others have only done one job for a few days whilst they were looking for employment or between jobs.  This has provided invaluable income to these individuals at a critical juncture in their professional careers, and given them  a vital financial crutch.

Often groups of service leavers will spend their time on set together sharing their plans for the future and discussing resettlement opportunities. The instant camaraderie of a group of veterans together is a pleasure to behold.

Services To Film is also partnered with services charity “Walking With The Wounded”, who receive 10% of company profits, and with whom Services To Film have also established “Step Into Film” – a charitable venture helping vulnerable veterans build second careers in the film industry.

The Not Forgotten Association 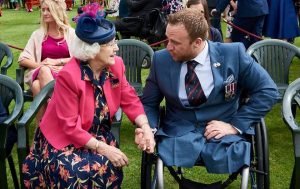 The Not Forgotten Association puts the fun and enjoyment back into the lives of those who have proudly served the British military and are now suffering.

On 12th August 1920 the Not Forgotten Association was formed to provide comfort, cheer and entertainment for injured service personnel.

Below is a personal testament from one of the people they have supported:

“I was introduced to NFA nearly 10 years ago at a time of my life when I had hit rock bottom. I had attempted to take my own life, spent time in a psychiatric hospital and felt so alone

An old gentleman that I knew was a DDay veteran and invited me as his guest to an event hosted by NFA. It was Christmas Lunch.
I was surrounded by a lot of elderly veterans but listening to their stories, what they had been through, and how many had struggled, especially with nightmares – I realised that I wasn’t on my own.

I suffer from PTSD following my own service in the Gulf in 1991. I ended up in a Swedish Fd Hospital near Riyadh, full of Iraqi POW’s and I was the only allied patient.

So – what has the NFA done for me?  They have quite literally saved my life. They have invited me on numerous outings and events and they enable veterans and service personnel to get together to share stories and to open up about their own struggles, and to share coping strategies. We begin to feel comfortable about being honest – because the guy sitting next to you understands exactly where you are coming from, and doesn’t judge you.

There are only 9 staff working at their head office, and most are part-time, but yet they try to support at least 10.000 veterans a year.

NFA saves the lives of many veterans. They ask so little, but do so much.” 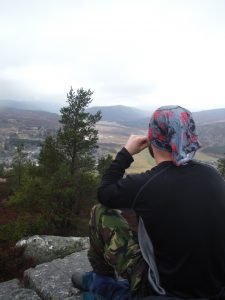 Positive Futures begins when a participant is referred by one of the partner agencies, these include Veterans 1st Point, Scottish Veterans Residence, SAMH, social work teams and Glasgow Helping Heroes. Working collaboratively Venture Trust is able to identify and engage those most in need of support and access wider support services relevant to participant’s individual needs.

Participants are connected with an outreach worker who supports them to define their goals and ambitions, stabilise their lives and identify the choices, actions or behaviours that are holding them back. They then embark on an intensive “wilderness journey”, designed to provide time and space away from existing surroundings, and uses the outdoors as a catalyst for positive change, redeploying skills learnt within the military to be utilised in civilian life. At the end of the journey each participant is supported to create a personal action plan, outlining their specific goals for the coming days, weeks and months.

Back in their community, the outreach worker continues providing one-to-one support to help apply what has been learnt, overcome barriers and move forward positively. Throughout the phases contact is maintained with the original referral partner to ensure a dovetailing of support.

The programme has been running for two years and 115 ex-service personnel have benefitted from the support.