Sponsored by Be Military Fit with Bear Grylls

An award to honour a person that has overcome challenges in pursuit of sporting excellence, demonstrating outstanding achievement in the field of sport and contributing to the endeavours and advancement of the Armed Forces Community. The winner of this award will be chosen through a public vote. 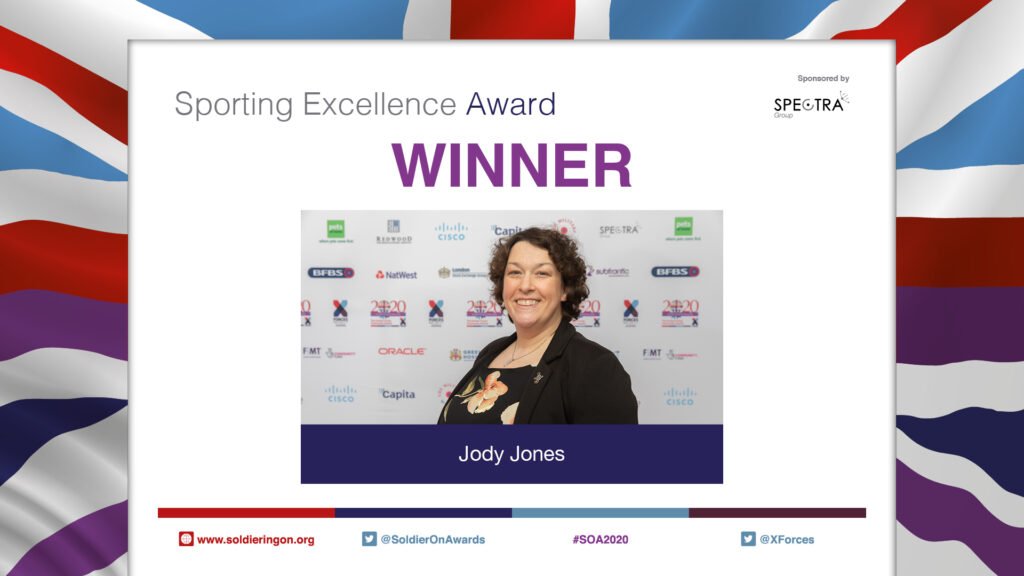 Successful businesswoman, Veteran’s wife and mother to two young children, Jody Jones volunteers as the Chair of the North London Military Wives Choir. Jody’s drive and determination encompass everything it takes to be both a great sporting champion and a vital member of the Armed Forces community.

Jody is a huge advocate for bowel cancer prevention and raises awareness of its symptoms. She inspires everyone she meets.