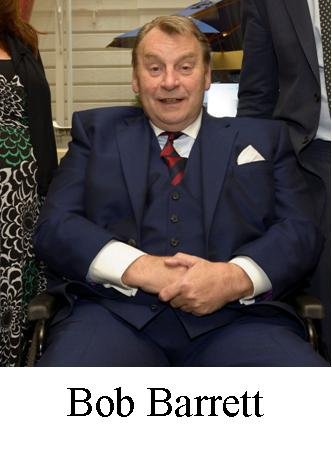 Robert Barrett – Bob to his friends – is the brainchild behind Forces Sauces – a delicious sauce that raises money for charity.

Having overcome homelessness, Bob became a resident at Stoll, where vulnerable and disabled ex-service men and women live in a caring and supportive environment.  Being diagnosed with cancer after moving in didn’t stop him thinking of others.

Firstly, Bob founded The Beef Kitchen, a social enterprise that trains veterans in catering.  Stoll and The Royal British Legion supported his venture, which expanded into Pryors’ Bank Café and is now open most days at Stoll’s Fulham site.

It was The Beef Kitchen that prompted Bob to think about sauces.  He became inspired to create his own after watching friends unloading bottles after a shopping trip.  And so the Forces Sauces concept was born!  Bob worked tirelessly to achieve his dream of developing a nationally-distributed sauce range, donating a percentage of the profits back to Stoll and The Royal British Legion.

Bob and his team worked with industry specialists to introduce two sauces to the British public – and in 2013, he was thrilled to see his Corporal Ketchup and Brigadier Brown finally hit the supermarket shelves.

The brand captured public imagination from day one and has enjoyed steady sales. Initial press and social media coverage introduced over a million people to Forces Sauces and the work of the two military charities.

Bob has said, “If the army taught me one thing it was the value of respect.  I liken respect to a tip: it has the power to please, surprise, encourage, and demonstrate the giver’s appreciation.  That for me is what Forces Sauces is about: respect and appreciation from the nation.”

Bob’s passion, dedication and creativity have certainly led to the respect and appreciation of a whole nation.