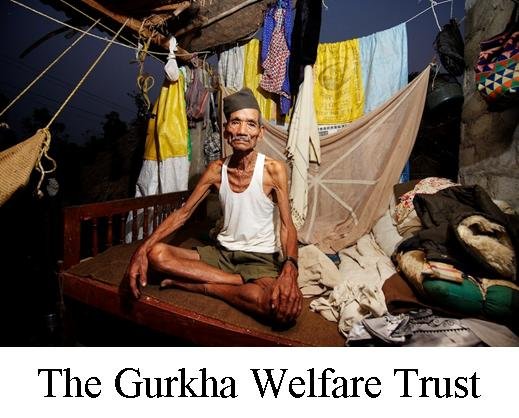 The Gurkha Welfare Trust (GWT) has played a unique role in caring for Gurkha veterans since 1969.

Nepal, the Gurkha’s homeland, is one of the world’s poorest nations. 25% of the population live below the poverty line with little welfare support, scarce medical facilities and frequent natural disasters. It is to this land of hardship that Gurkha veterans returned after the 20th century wars.

Most had not served long enough to qualify for an Army pension and survived as subsistence farmers.  However, as the veterans reached their 70s, they could no longer farm their land. While UK veterans could rely on the welfare state or the many military charities, the Gurkhas had no such support. The GWT was initially established to provide emergency aid to those who fell on hard times.

It went on to introduce regular financial assistance through a monthly Welfare Pension and annual Winter Fuel Allowance. It expanded its Medical Programme to provide permanent support via a network of Welfare Centres across Nepal. More recently, it began hosting mobile medical camps, offering free healthcare to Gurkha communities and benefiting over 14,500 people each year.

GWT’s Rural Water and Sanitation Programme has delivered clean water to almost 300,000 people since 1989.  Its School Programme in hill villages has seen 125 new schools built and more than 1,500 improved, benefiting more than half a million children.

In response to an increased need for welfare support in the UK, GWT has also established two Welfare Advice Centres, assisting over 850 cases each year.

At every stage, GWT has responded to the changing needs of the Gurkha veterans. The charity remains committed to ensuring that Gurkhas have the resources and support to live in security and with dignity. It fulfils a ‘debt of honour’ on behalf of the British public.