Retired Captain of the Royal Engineers, Luke Sinnott, was injured in an IED explosion, which claimed both his legs and severely damaged his arms. He first represented his country in sport at the Invictus Games, and is now aiming for the 2020 Paralympics. He is also a trustee and pilot for Flying for Freedom, and intends to fly to the South Pole in two years time. 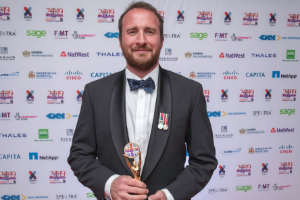 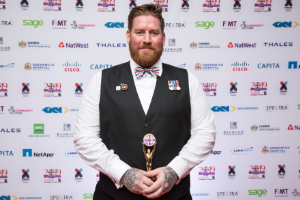 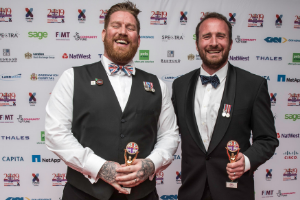 Luke Sinnott said: “My journey has only been successful because of the great team around me. I alone don’t deserve this recognition, and there should be 100s of people stood here. I’d like to make a special mention of my farther in-law Bob who passed away in January. He was a major supporter through my recovery and this Award is dedicated to him.”

Nathan Cumberland said: “Winning this award is a huge achievement, not only for me and the charity Defence Medical Welfare Service but for everyone that has gone through a life changing experience and has used that experience to help and support others fight there own challenges.

Owen Lawrence – Head of Operations Team, Business Banking, NatWest said: “For those that give, have given, and continue to give so much to the citizens of the United Kingdom, NatWest is proud to be a part of Soldering On 2019 recognising the Military Community. The Inspiration Award is an opportunity to salute those who achieve excellence but also to recognise the individuals, groups and communities that will be inspired to do great things by these actions”.