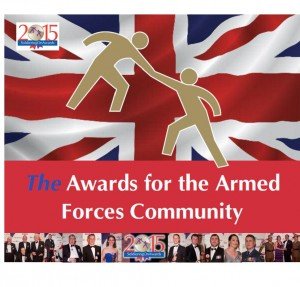 The fifth annual 2015 Soldiering On Awards were presented at the Park Plaza Westminster hotel in central London on 18th April. The winners, decided by a judging panel chaired by General Lord Dannatt, former head of the British Army, were nominated by a host of military charities for their courage, determination, dedication and selfless giving.

Through their votes, Telegraph readers also donated hundreds of pounds to the charities associated with all five nominees who were down-selected by the awards’ judging panel.  The People’s Choice runners-up included: 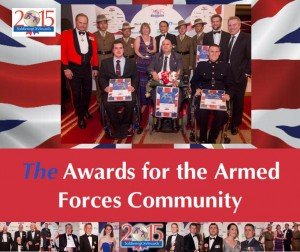 Soldiering On Through Life Trust was established as a not-for-profit organisation to support injured Service personnel and their families throughout their lives by giving recognition of the inspirational and outstanding achievements of teams or individuals through an annual awards ceremony:  The Soldiering On Awards: One Awards Ceremony for the Whole of the Armed Forces Community.