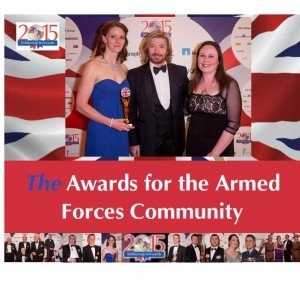 Nominated by Help for Heroes, Catherine is an exceptional Exercise Rehabilitation Instructor (ERI) and physiotherapist who always goes the extra mile to ensure her patients receive the best rehabilitation.  However it is her “amazing capacity to inspire those injured to get involved in sport as part of their recovery” that encouraged the judges to consider Catherine’s nomination further.


One example of Catherine’s support for her patients was during the 2011 UK Ironman. She assisted three wounded servicemen so that they could complete their portions of the course:

Help for Heroes Director of Recovery, David Richmond, wrote in his nomination:

“This completely unselfish approach is the hallmark of this dedicated woman who has given so much to the rehabilitation of Service Personnel with complex injuries. She has helped inspire, motivate and train individuals in adaptive sport.”

Catherine Cornwell was recognised at the 2015 Soldiering On Awards held on Saturday, 18th April at the Park Plaza Westminster in London.