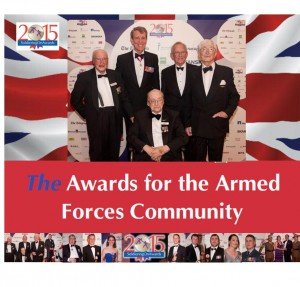 Nominated by two military charities for the award, the RAF Benevolent Fund and BLESMA The Limbless Veterans, the Guinea Pig Club was formed in 1941 by recovering pilots and bomber crew from the allied air force. These wounded airmen had been burned and were receiving treatment from Sir Archibald McIndoe at the Queen Victoria Hospital in East Grinstead, Sussex.


Sir Archibald pioneered many techniques in plastic surgery in his efforts to treat those suffering from severe burns. The airmen embraced the experimental nature of the surgeries, nicknaming themselves Guinea Pigs and forming their own society. By the end of the war there were 649 Guinea Pigs from the UK, Canada, Australia, New Zealand and other countries.

The Guinea Pigs, with the encouragement of Sir Archibald, did not hide away with their injuries; instead they sought to lead full, active lives. They challenged the existing perception that disabilities were life-limiting and went on to professional successes.
“Most importantly, the Guinea Pigs have been there to mentor new generations of burns victims, including Service personnel injured in the Falklands, Iraq and Afghanistan,” said Guinea Pig Jack Toper. “We know all about burns. We can tell them that their life is not over. It is beginning a new phase, but it is up to them what they want to do with it.”
Fiona Ferguson, RAF Benevolent Fund’s Communications Manager, wrote the following in her nomination of the Guinea Pig Club:
“Just this June, Princess Anne unveiled a statue in East Grinstead (‘the town that doesn’t stare’) in honour of the Guinea Pigs and Mr McIndoe. It captures a moment in time, a young airman being treated by an extraordinary surgeon. But the legacy of the Guinea Pigs is that the young airmen, now old men, have inspired so many to live and embrace a life after injury.”
The Guinea Pig Club was recognised at the 2015 Soldiering On Awards held on Saturday, 18th April at the Park Plaza Westminster in London.