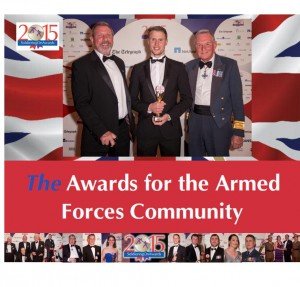 Nominated by the RAF Benevolent Fund, Wigman was on patrol with his Afghan unit in the Sangin, Helmand province, when he stepped on an improvised explosive device, severely damaging his legs. While patching up his badly burned limbs and organising his own medical evacuation, the unit came under attack.


The airman showed courage under extreme pressure. In his own words:
“I managed to keep calm throughout the situation, making sure my section of Afghan troops carried out the correct procedures. I applied dressings to both legs, administered morphine and then radioed for backup. Shortly after the IED strike, we found ourselves under gunfire attack by insurgents. We were under attack for about five or ten minutes before a section of U.S. marines, who were on the outskirts of the village, managed to get to me.” 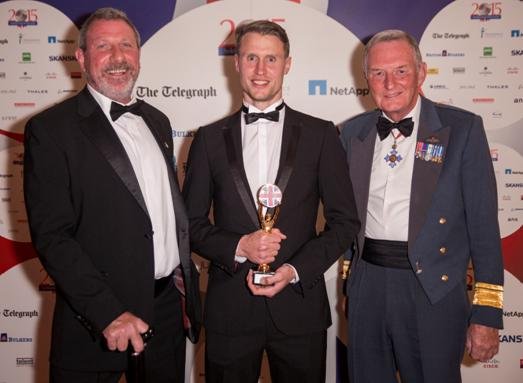 After seven surgeries to repair the damage and a year in rehabilitation learning to walk again, Luke was medically discharged from the RAF as he did not regain full use of his leg.
Despite still finding it difficult to bend his leg properly, Luke has become an inspirational athlete, having competed in the Invictus Games in London last September. In 2014 he also risked sub-zero temperatures and polar bears to finish second in the North Pole Marathon. Plans are already underway for him to compete in a similar marathon in the South Pole.
Wigman was recognised at the 2015 Soldiering On Awards held on Saturday 18th April at the Park Plaza Westminster in London.