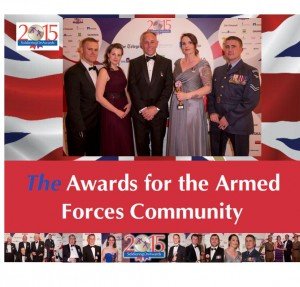 Nominated by the Royal Air Forces Association, Amy’s life was “turned upside down” when the vehicle her husband, Cpl Stuart ‘Stu’ Robinson, was riding in ran over an improvised explosive device in the Helmand province of Afghanistan. The corporal sustained life changing injuries, including having one leg amputated while at Camp Bastion hospital, and the other leg amputated three weeks later back in the UK.

Amy herself left the RAF and moved closer to their family in order to adapt to their new life and new set of circumstances.  She admits that they’ve had some difficult times. Since then she has spoken at RAF Association conferences about her family’s experiences, inspiring many with her story.

It was Amy’s adaptation to her new life that motivated RAF Association’s Marketing Manager, Justine Baynes, to put her forward for a Soldiering On Award. 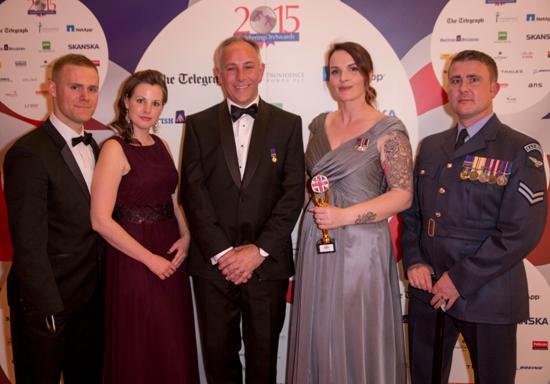 “Never once has she moaned or complained. All you will hear Amy talk about are the positives of their new life. Her lack of self-pity is inspirational and not only does she not complain, she inspires others too.”

Amy was recognised at the 2015 Soldiering On Awards held Saturday, 18th April at the Park Plaza Westminster in London.